Avangard 'Yet to Get' Confirmation on Belov Doping 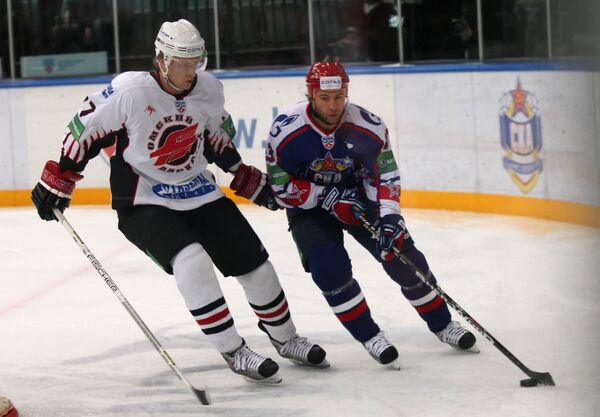 Gagarin Cup finalist Avangard Omsk has not received official notification that defenseman Anton Belov has tested positive for a banned substance, a spokesman for the team told RIA Novosti on Sunday.

Russian deputy sports minister Yury Nagornykh told RIA Novosti on Sunday that Belov, 25, had been suspended after failing a drug test after the fourth match of the final series against Dynamo Moscow in Omsk on Thursday.

The players had been told of Belov’s positive doping test before the fifth game on Saturday, when he was not included in the squad and Avangard missed the chance to lift the Gagarin Cup, his teammate Martin Skoula told RIA Novosti.

“It was before the game, they let us know that he is not in the lineup,” Skoula said. Asked whether the team was told it was because of a failed test, Skoula said "Yes."

"It's not just a regular incident, it's an outrageous situation that must be controlled. Instead of that, after the fifth match in Omsk, not one doping test was taken from either team. In my opinion it's just not logical," Tyurkin said.

Avangard leads the series 3-2 ahead of the next game in Moscow on Monday.