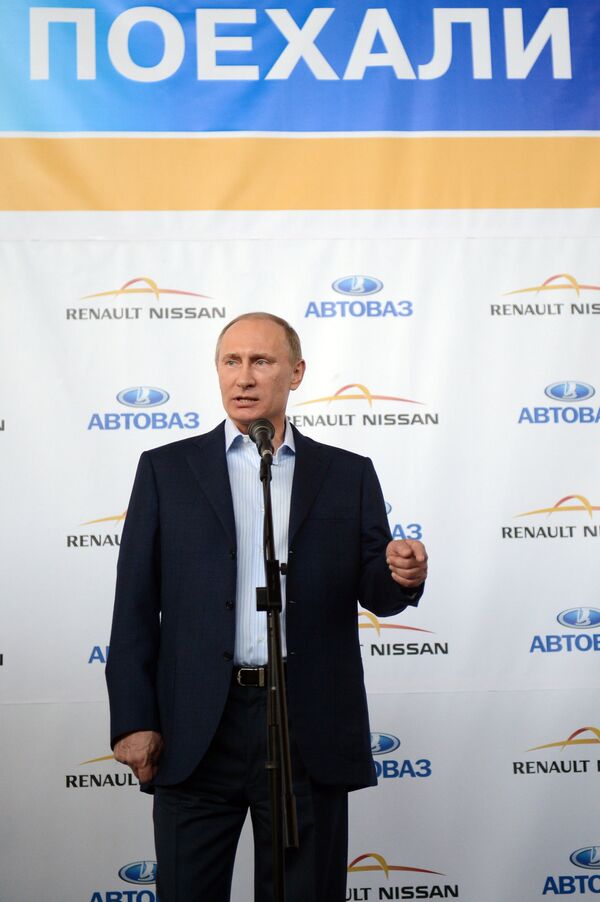 “I believe all state and municipal power bodies, clients and enterprises funded from the federal budget should in the near future buy only vehicles manufactured in Russia, Kazakhstan and Belarus, which have a common economic space,” Putin said on Wednesday.

Speaking at a meeting on the automotive industry development after Russia’s admission to the World Trade Organization (WTO), he said these measures should be closely coordinated with integration partners.

Putin stressed that such actions were in line with WTO norms and principles. When Russia was negotiating its accession to the global trade body, an agreement was reached that its state purchase contracts would be regulated by domestic rules.