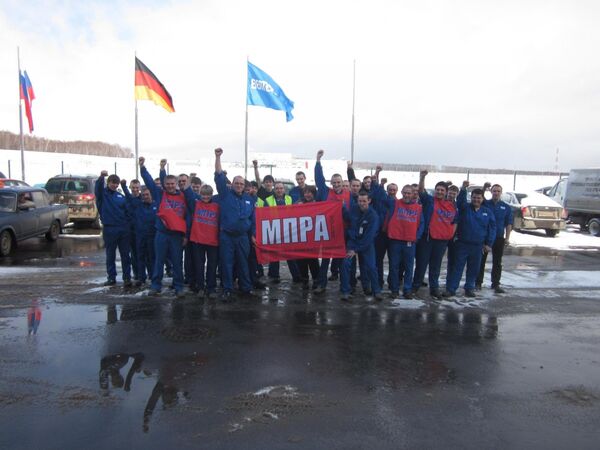 “Now more than 50 workers are on strike at the factory and another 50 from other plants in Kaluga have arrived to support their colleagues at the plant entrance,” said Dmitry Kozhnev, the Kaluga coordinator of the inter-regional car industry trade unions.

The plant workers are demanding wages equal to their conterparts at the neighboring Volkswagen plant, which receives Benteler-made car components. The Benteler Automotive managers were not immediately available for comment.

Riot police have arrived at the scene but are watching from a distance, Kozhnev added.

The strike committee wants collective negotiations. The plant managers are now discussing the possibility of the talks.

Benteler said it would not be providing information to the media during the strike.

The head of the Kaluga branch of the independent trade union federation, Vladimir Grechaninov, arrived at the factory earlier in an effort to persuade the workers to give up the strike, the inter-regional car industry trade unions said on its website .

The plant workers refused to stop their action and said they would continue until the company's managers sit down to the negotiating table.

Benteler Automotive is a car parts division of the Austria-based Benteler International AG, one of the largest independent automotive suppliers. It employs 24,000 people in 38 countries.