Russia to Send New Anti-Piracy Force to Gulf of Aden 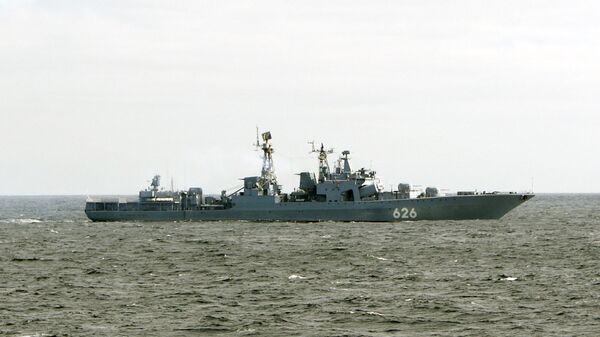 The destroyer is currently on a training mission in the Barents Sea as part of the preparations for the upcoming tour-of-duty in the Gulf of Aden.

“It will be the first anti-piracy mission for the Vice Admiral Kulakov destroyer,” Serga said.

The new task force will replace the Russian Pacific Fleet’s task force headed by the Admiral Tributs destroyer, which completed its anti-piracy mission off the Somali coast on Monday and set sail for its home base in Vladivostok.

The Admiral Tributs, the Pechenega tanker and a rescue tugboat arrived in the Gulf of Aden on January 12 and escorted five convoys of commercial ships since then.

Russian warships have successfully escorted more than 130 commercial vessels from various countries through pirate-infested waters off the Somali coast since 2008, when Russia joined the international anti-piracy mission in the region.