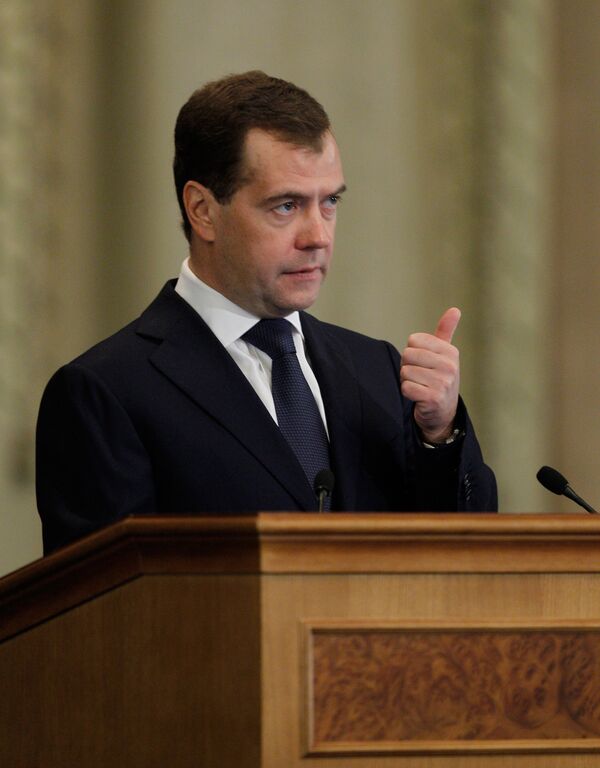 Russia’s outgoing President Dmitry Medvedev said the country must be prepared to respond by 2017-2018 to deployment of a missile shield in Europe.

Russia’s outgoing President Dmitry Medvedev said the country must be prepared to respond by 2017-2018 to deployment of a missile shield in Europe.

Negotiations between Russia and Western nations on the U.S.-led missile defense project have deadlocked over the West's reluctance to give Moscow guarantees the project would not threaten Russia’s security. But Medvedev said Russia remains willing to continue discussions.

“We have not closed the door and are holding conferences and talking about this with our partners,” he told Russian Defense Ministry officials in Moscow. “But we must be fully prepared by 2017-18… for a response.”

Russian Defense Ministry Anatoly Serdyukov said Russia was ready to explain its position at an international missile defense conference due in Moscow in May.

“We are ready to specify our position at the international conference on missile defense in Moscow on May 3-4,” Serdyukov said.

He also said his ministry had started working on a possible military response to the NATO project as instructed by the president in November.