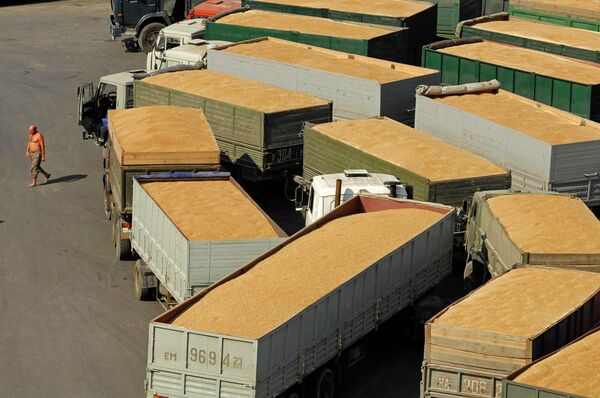 "It's very likely that this year we won't introduce any restrictions on the export of grain; as we planned and reported to you before, we hope to harvest 27 million tons," Zubkov said.

Russia introduced a temporary grain export ban in 2010 following a heatwave and drought that wiped out about a third of the nation's harvest.