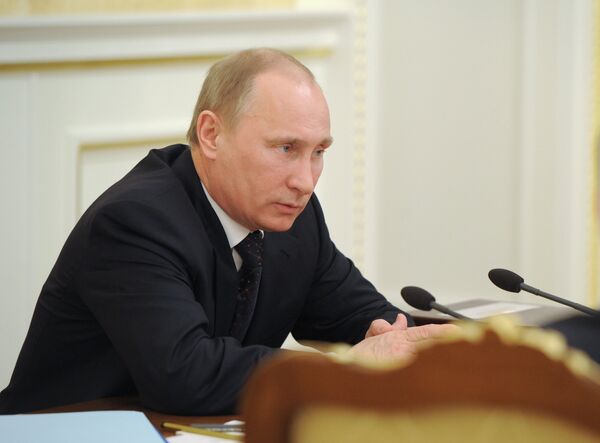 Tycoon Mikhail Prokhorov, a rising star of Russian opposition politics, can get a seat in the new government, president-elect Vladimir Putin said on Wednesday.

Tycoon Mikhail Prokhorov, a rising star of Russian opposition politics, can get a seat in the new government, president-elect Vladimir Putin said on Wednesday.

Prokhorov “is a serious man and a good entrepreneur, and he could, in principle, be useful in the new Cabinet if he wants it,” said Putin, the prime minister who won the presidential elections on Sunday.

But the matter still needs to be talked over with outgoing President Dmitry Medvedev, said Putin, who promised before the elections to swap jobs with Medvedev.

The two will discuss the lineup of the new Cabinet within the next couple of days, Putin added.

Prokhorov ran against Putin on a liberal platform and won 7.9 percent of the vote, compared to Putin’s 63.6 percent. He appeared at an anti-Putin rally on Monday, pledging not to give up on politics and establish his own political party.

Putin also said that the current head of the Kremlin administration, his longtime ally Sergei Ivanov, will likely keep the job after Putin’s inauguration on May 7.

“Why not? I’ve known him for a long time, he’s a man of experience,” Putin said.

Ivanov, 59, held various ministerial posts during Putin’s first two presidencies in 2000-2008 and was even named as his potential successor, a role that eventually went to Medvedev. In December, he traded the post of Deputy Prime Minister for the Kremlin top job, which is endowed with much influence, replacing Sergei Naryshkin, who became Speaker of the State Duma, the lower house of the parliament.