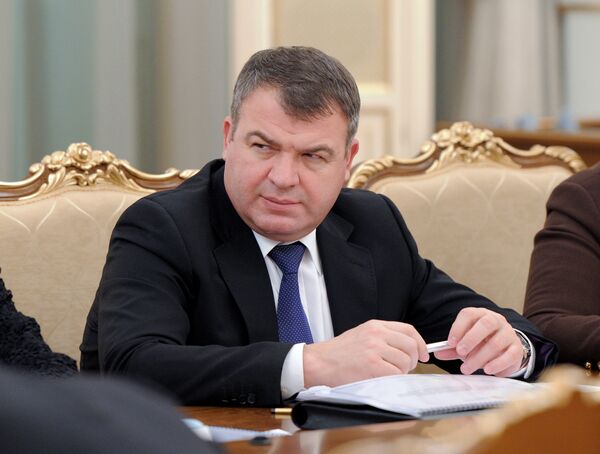 The Russian Defense Ministry will hold an international conference on missile defense on May 3-4, Defense Minister Anatoly Serdyukov said on Wednesday.

The Russian Defense Ministry will hold an international conference on missile defense on May 3-4, Defense Minister Anatoly Serdyukov said on Wednesday.

“We intend to continue working with all partners to explain our position [on missile defense], and we plan to engage independent experts,” Serdykov said after a meeting with Ukrainian Defense Minister Dmytro Salamatin in Moscow.

“To this end, the Russian Defense Ministry is planning to hold an international conference on missile defense in Moscow in May," Serdyukov said.

The goal of the conference is to give military experts from many countries and international organizations the opportunity to openly discuss a wide range of issues concerning the deployment of missile defense systems around the world.

The conference is scheduled a few weeks ahead of the NATO summit in Chicago on May 20-21. Moscow has not indicated whether the Russian president will attend the summit.

NATO members agreed to create a missile shield over Europe to protect it against ballistic missiles launched by so-called rogue states, such as Iran and North Korea, at a summit in Lisbon, Portugal, in 2010.

Russia maintains staunch opposition to the planned deployment of U.S. missile defense systems near its borders, claiming they would be a security threat.

Russia has demanded that NATO provide written, legally binding guarantees that its missile shield will not be directed against Moscow but the alliance has been reluctant to meet the demand.