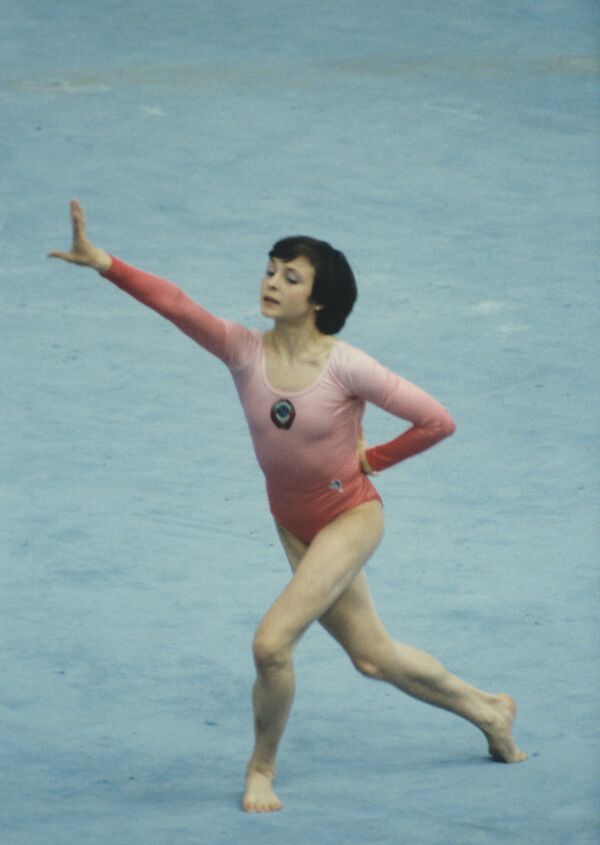 Filatova, 50, who now goes by her married name of Kourbatova, won gold at the 1976 and 1980 games, and left Russia on a now-expired Soviet passport in the early 1990s to coach in Northern Ireland, saying she needed money to feed her family.

She now lives in Rochester in the United States, and has applied unsuccessfully for a Russian passport on more than one occasion, only to be rejected due to “lack of merit."

Tuleev has taken up her case, calling on federal authorities to allow Filatova to return to her home town of Leninsk-Kuznetsky, in his region, to teach young gymnasts.

“We need to focus resources on people who are desperate for those resources. Maria Filatova is that sort of person,” Tuleev said.

“I want to address the Russian leadership with a request to decide this question in the shortest possible time.”

Tuleev added that Filatova could help to train a new generation of Russian gymnasts if allowed to return home.

Filatova won both her Olympic gold medals in the team competition, as well as four individual World Cup wins, two in the all-around and two in the parallel bars. She also won two team gold medals and a silver at the World Championships.