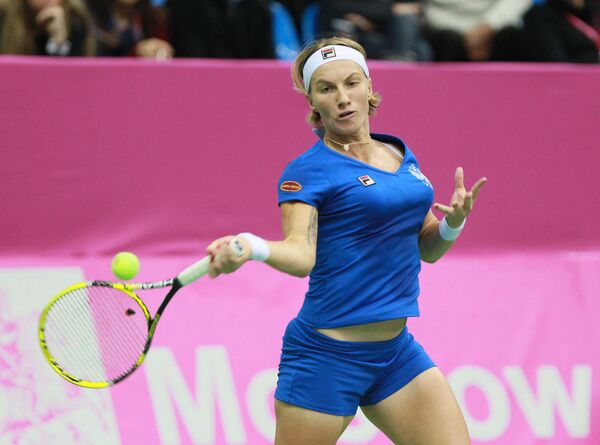 Russia will now play either Serbia or Belgium in the semifinals in Moscow on April 21-22.

Kuznetsova faced surprisingly stiff resistance from world No. 77 Soler-Espinosa, who was playing to level the tie after Carla Suarez Navarro completed a shock 6-0, 6-2 win over Nadia Petrova.

The final match, now a dead rubber, is a doubles between Kuznetsova and Petrova and the Spanish pair of Arantxa Parra-Santonja and Nuria Llagostera Vives.

Russia had not lost a rubber against Spain in two Fed Cup ties, including the 2008 final, which Russia won 4-0 in Madrid. Kuznetsova, Makarova, Llagostera Vives and Suarez Navarro all played in that match.