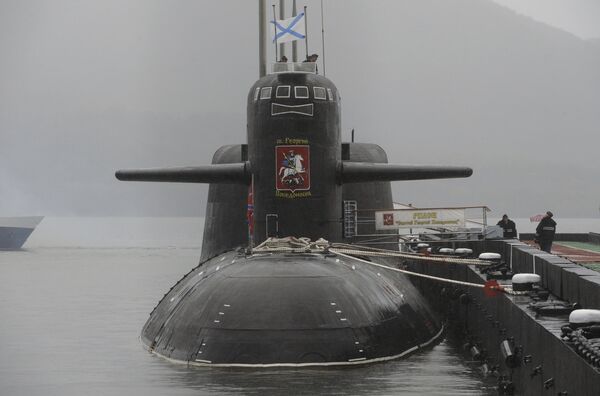 “By 2013, production capacity [at Russian shipyards] will allow us to build six submarines and an aircraft carrier every year,” Rogozin told reporters, adding that the number includes both nuclear and diesel-powered submarines.

As a result, the production output will surpass that of the Soviet era when Russia built an average of five submarines annually, he said.

Rogozin earlier said the production had been bogged down in the past by a lack of financing, outdated equipment and a shortage of skilled labor.

Russia is planning to build eight Borey class strategic submarines and up to 10 Graney class attack subs by 2020.