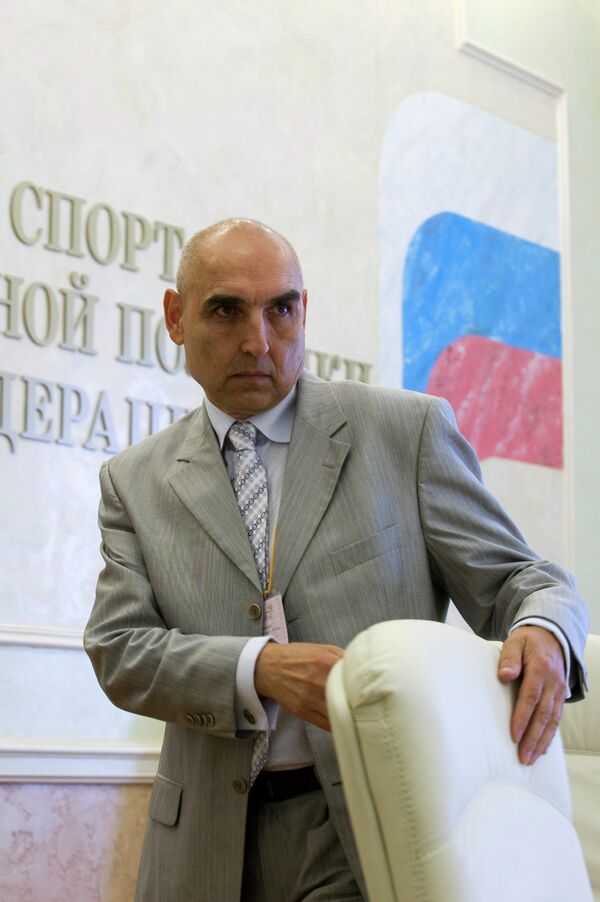 © RIA Novosti . Alexandr Vilf
/
Go to the photo bank
Subscribe
A top Russian luge coach on Wednesday accused German sliders of "getting around the rules" with the help of a compatriot-friendly international federation that is reluctant to investigate suspicious practices.

A top Russian luge coach on Wednesday accused German sliders of "getting around the rules" with the help of a compatriot-friendly international federation that is reluctant to investigate suspicious practices.

Germany has dominated the sport for decades, taking 27 of all 40 Olympic gold medals since its introduction in 1964 and had similar success in the annual world championships.

Since the East German team of 1968 was stripped of their medals at the Grenoble Olympics for heating their runners to increase their track speed, German sliders have periodically suffered accusations of foul play.

Valery Silakov is an outspoken critic of the way the sport is run and claimed after last week's World Cup stage in St. Moritz that "not all is clean with the Germans."

"This is the general opinion of all the coaches, including the leading teams: the Austrians, the Italians, the Americans and Canadians," Silakov told RIA Novosti. "The Germans dominate, in all the [inspection] commissions they are getting around the rules a bit."

"But how can you fight it? They all live in the luge Mecca of Konigssee, where you have the German luge and bobsleigh federation and the International Luge Federation. They've all known each other for decades.

"And although the president says that he will investigate, he is, figuratively speaking, held by the throat: you're a German, and you're going to fight against the Germans?" Silakov said, referring to the German head of the International Luge Federation, Josef Fendt, a silver medalist at the 1976 Games in Innsbruck.

Silakov claimed Fendt had vowed to investigate the discovery of shock absorbing material in the luge of a Swiss athlete at last month's Winter Youth Olympic Games in Innsbruck. The sled itself was a hand-me-down from Vancouver 2010 gold medalist Tatjana Hufner of Germany, Silakov said.

"The little Swiss athlete said 'So what? All Germans compete in such sleds. ... The president said 'We will look into it."

Silakov said the situation would be discussed at an International Luge Federation committees meeting in April.

The German luge and bobsleigh federation did not immediately respond to requests for comment.

Canada's silver medalist in the skeleton at the 2006 Turin Olympics, Jeff Pain, claimed ahead of the Vancouver 2010 games, where Germany won five of the nine available luge medals, the country had used illegal technology in its sleds.