Russia to Field Air-Launched Missiles for T-50 by 2014 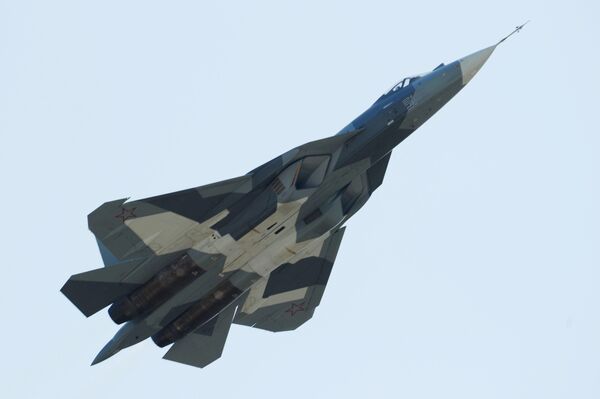 By the time the T-50 fighter enters service with the Russian Air Force in 2014, its missile systems will be fully operational, Obnosov said.

Some of the missiles intended for the fighters – such as Kh-31PD (AS-17 Mod 2) class missiles – have already been tested using Sukhoi Su-34 (Fullback) fourth-generation strike aircraft and put into serial production, he added.

The T-50, developed under the PAK FA (Future Aviation System for Tactical Air Force) program by the Sukhoi OKB, is Russia's first new major warplane designed since the fall of the Soviet Union. The jet made its maiden flight in January 2011 and two prototypes have since been undergoing flight tests.