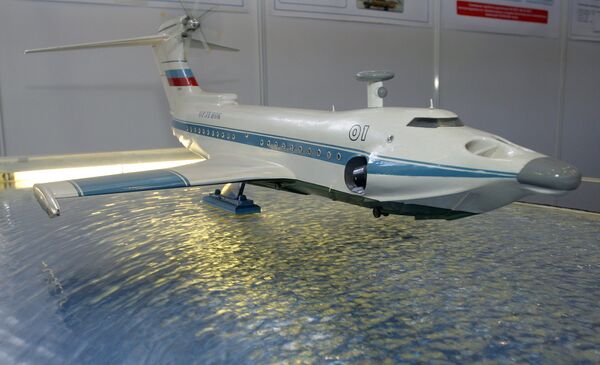 Russia’s Federal Border Guard Service is planning to build a center for the production of flarecraft to improve protection of the country’s maritime borders.

Russia’s Federal Border Guard Service is planning to build a center for the production of flarecraft to improve protection of the country’s maritime borders.

Russian media cited a government source on Friday saying that the center will be built at the former Avangard shipyard in the northern city of Petrozavodsk.

Flarecraft, also referred to as wing-in-ground effect (WIGE) vehicles or by the Russian term ekranoplan, are vehicles that fly near the surface of the Earth due to the ground effect created by the aerodynamic interaction of the wings and the surface.

At present, the Orion-20 flarecraft is being built in Petrozavodsk. It will serve as a testing platform for engines, navigation equipment and control and safety systems of the future vehicles.

The Central Hydrofoil Design Bureau (CHDB) was the center of flarecraft development in the Soviet Union.

The Soviet ekranoplan program produced a variety of military and civilian flarecraft, including the 125-ton A-90 Orlyonok.

The Orlyonok ekranoplans were originally developed as high-speed military transports, and were usually based on the shores of the Caspian Sea and Black Sea.

A few Orlyonoks served with the Soviet Navy from 1979 to 1992. In 1987, a 400-ton Lun class ekranoplan was built as a missile launcher.Since the dissolution of the Soviet Union, small-size ekranoplans have been produced by the Volga Shipyard in Nizhniy Novgorod but mass production has been folded due to a shortage of funds and lack of demand.

The Russian Defense Ministry has not shown interest in military flarecraft and the financing of their production has not been included in the state armament procurement program until 2020.

However, Border Guard Service officials believe that ekranoplans may prove effective in the protection of shipping routes in the Arctic and Russian borders along major rivers, such as the Amur and Danube.