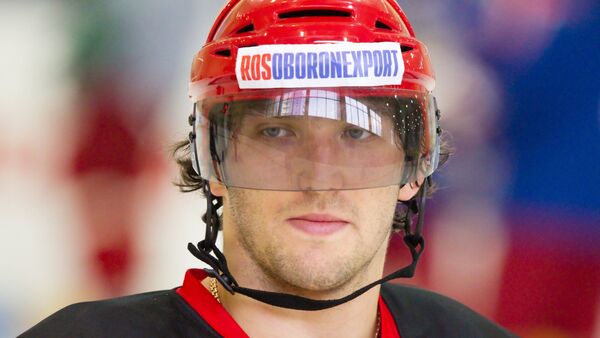 Russian hockey star Alex Ovechkin has been banned for three games and fined $155,000 for smashing into an opponent's head during an NHL game.

Russian hockey star Alex Ovechkin has been banned for three games and fined $155,000 for smashing into an opponent's head during an NHL game.

Ovechkin, captain of the Washington Capitals, will miss games against the Boston Bruins, Tampa Bay Lightning and Florida Panthers, before returning to face the Montreal Canadiens February 4, according to Monday's decision by the NHL disciplinary committee.

Four minutes into the second period of the game between the Capitals and the Pittsburgh Penguins, Ovechkin left the ground and hit Penguins defenseman Zbynek Michalek with his shoulder.

"While we accept Ovechkin’s assertion that he did not intend to hit Michalek in the head, the moment Ovechkin launches himself into the air prior to the hit, he becomes responsible for any contact to the head," said Brendan Shanahan, the NHL senior vice-president for player safety and hockey operations, on the official website.

Michalek was not injured in the incident and the referees did not call a penalty. Ovechkin went on to score one goal and record three assists in the game, which the Capitals lost 4-3 in overtime.

Ovechkin has a record of disciplinary problems, and was suspended for a total of four games in the 2008-09 season for two separate hits on opposition players. In one of the incidents, Chicago Blackhawks defenseman Brian Campbell received a broken collarbone.