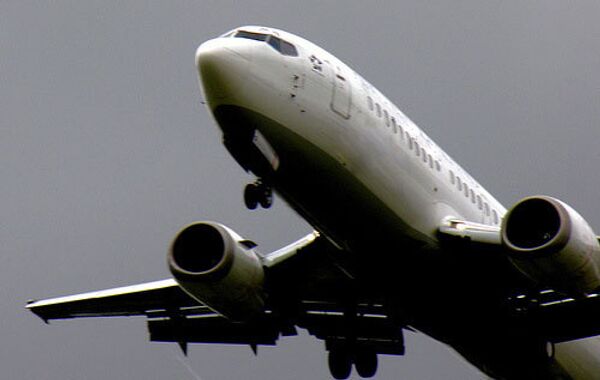 © Flickr / PhillipC
Subscribe
A passenger jet flying from Rostov-on-Don to Moscow had to make an emergency landing 20 minutes after takeoff over a depressurized cabin.

A passenger jet flying from Rostov-on-Don to Moscow had to make an emergency landing 20 minutes after takeoff over a depressurized cabin.

No injuries were reported following the landing in Rostov-on-Don in southern Russia. The Boeing-737 was carrying 70 passengers and had a crew of eight.

All passengers were flown to Moscow within an hour on a new plane served by the original carrier, Donavia. It remained unclear what caused the malfunction.

“There was no panic among the passengers, and none have refused to fly” on the new plane, said the government’s mouthpiece, Rossiiskaya Gazeta.

But Lenta.ru cited a more disturbing account of the incident, allegedly left by an unidentified passenger on Facebook. No direct link to the story was available.

“Everybody is shouting on the falling plane. Oxygen masks have dropped out, but don’t function. Many are bleeding from the nose or ears, someone has already fainted,” the passenger said.

“The chief pilot is talking about depressurization, flight attendants are running around shouting, and you sit and think, why am I to die today? In the end, the plane barely manages to land, one engine working and the wing scraping the asphalt, everybody runs out through the emergency exit and over the wing, and the medics and firefighters arrive,” the report said.