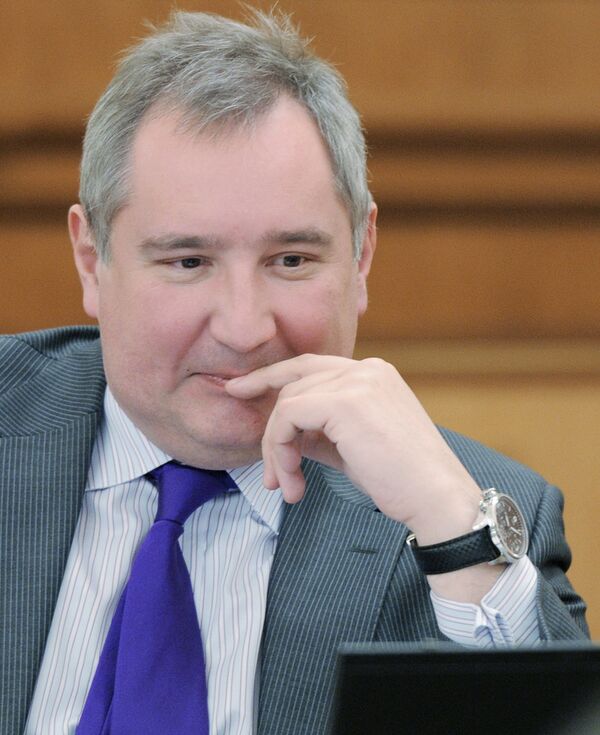 © RIA Novosti . Яна Лапикова
/
Go to the photo bank
Subscribe
The United States and its NATO allies already have about one thousand missiles capable of intercepting Russia’s intercontinental ballistic missiles, the Russian deputy premier in charge of defense said.

The United States and its NATO allies already have about one thousand missiles capable of intercepting Russia’s intercontinental ballistic missiles, the Russian deputy premier in charge of defense said.

"Along with its allies, whom the U.S. now persuades to buy ships equipped with the Aegis Combat System, the overall potential can be estimated at about 1,000 interceptor missiles,” Dmitry Rogozin, who is also the Russian president’s special representative for talks with NATO, said in an interview with the Ekho Moskvy radio station.

He said that the figure is currently approaching the limits established by the recently signed Russia-U.S. strategic arms reduction treaty.

"There are no guarantees that after the first, second, and third phases [of the U.S. missile shield project] are completed, there will be no fourth, fifth and sixth. Do you really think they will halt all their technologies after 2020? That’s nonsense! They will go ahead with developing and boosting technical parameters of their interceptor missiles and performance capabilities of their warning [missile defense] systems,” Rogozin said.

He said that U.S. interceptor missiles cover all European Russia to the Urals Mountains, and are capable of hitting not only small and medium-range missiles of “rogue states,” but also intercontinental ballistic missiles of Russia’s armed forces.

Russia and NATO agreed to cooperate on European missile defense system at the Lisbon Summit in November 2010. President Dmitry Medvedev proposed a joint system with full-scale interoperability to ensure that the alliance's system will not be directed against Moscow. The military bloc, however, favors two independent systems which exchange information.