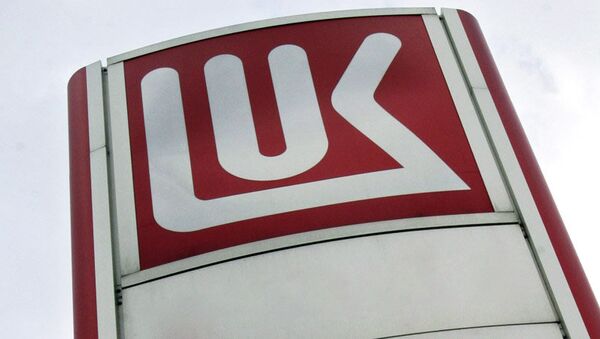 Russia's largest crude oil producer LUKoil and mid-sized oil firm Bashneft have closed deals on a joint venture and partnership to develop the giant Trebs and Titov oilfields in the Russian Arctic, the companies said in a joint statement on Tuesday.

"Bashneft and LUKoil, having completed the establishment of the joint venture to develop R. Trebs and A. Titov oil fields, are proceeding to the active deployment of the project," the statement said.

Under one of the agreements, LUKoil acquires a 25.1 percent stake in Bashneft-Polus which holds the license for the Trebs and Titov oilfields. The amount of the transaction is 4.768 billion rubles ($150 million).

The Trebs and Titov deposits are among the most promising in the Timan-Pechora province with C1 reserves estimated at 78.9 million tons (578 million barrels) and 63.4 million tons (465 million barrels) of oil respectively. Russia's subsoil use agency granted Bashneft the license for the deposits in February following an auction in December 2010.

"Joint efforts of the oil workers of the two companies will undoubtedly result in the successful development of the Trebs and Titov fields, ensuring ramp-up of hydrocarbons production in Russia’s strategic region of Timan-Pechora. We are pleased to see that the infrastructure LUKoil has built in the adverse terrains will redound to the advantage of the partners," LUKoil head Vagit Alekperov was quoted in the statement as saying.

LUKoil had invested about $1 billion in the development of Timan-Pechora. Total investment in the Trebs and Titov oilfields is estimated at $7 billion

"We are pleased to express content with the constructive cooperation with LUKoil on the development of the Trebs and Titov fields, which will serve as a foothold for the company’s growth in the midterm. I am sure that the expertise of our teams, innovations and mutual understanding between the parties will be a guarantee of the project’s success," Bashneft President Alexander Korsik was quoted in the statement as saying.