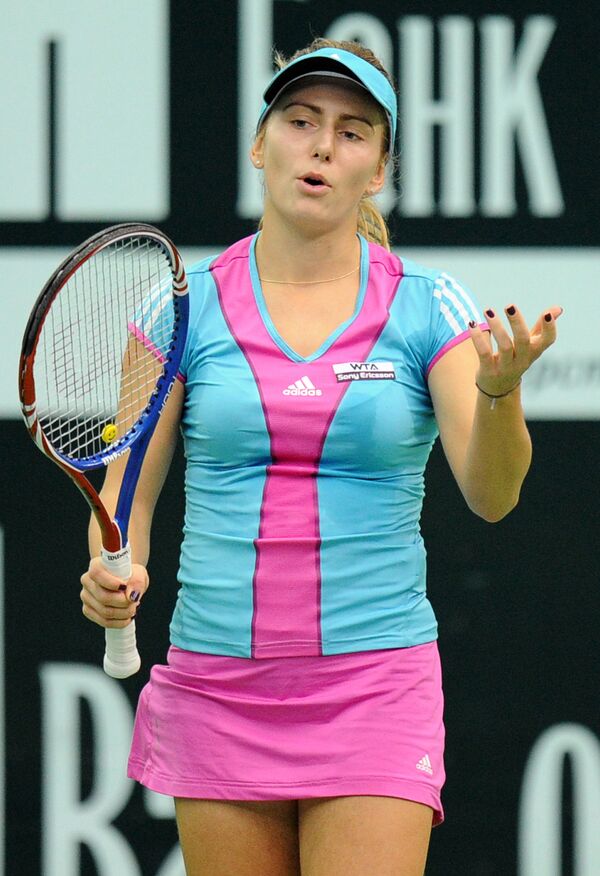 Russia's top tennis coach on Friday blasted the decision of world number 39 Ksenia Pervak to represent Kazakhstan rather than her homeland.

Russia's top tennis coach on Friday blasted the decision of world number 39 Ksenia Pervak to represent Kazakhstan rather than her homeland.

Pervak, 20, switched allegiances this week to secure a place at the London 2012 Olympics, according to Fed Cup captain Shamil Tarpishchev.

The Chelyabinsk-born player would not have made it onto the Russian team, ranked No. 7 nationally, but jumps straight to the top of Kazakhstan's rankings and could qualify for the Olympics through the Central Asian nation.

"I'm upset and angry about Pervak's switch to the Kazakhstan national team," Vladimir Kamelzon, head coach of the Russian team, told RIA Novosti on Friday. "I just can't understand Pervak's decision, and I will never accept it," he said.

Pervak, who was reclassified on Friday as a Kazakh player on the WTA website, made the fourth round at Wimbledon this year, her best achievement to date.

Kamelzon said Pervak was "the personification of the Russian tennis method of developing top-class players," and lamented that she would depart despite spending all of her formative years in the hands of the country's finest coaches.

Pervak is the latest player to give up Russia for Kazakhstan, a country that offers generous financing to those willing and able to boost its sporting prestige.

The highest-profile defector is Yaroslava Shvedova, a 2010 Wimbledon and U.S. Open champion in women's doubles who made the switch in 2008. Others include Galina Voskoboeva, the world No. 58, and on the men's side, Mikhail Kukushkin (No. 91), Andrey Golubev (No. 147), and Evgeny Korolev (294). Korolev is a cousin of former world No. 8, Anna Kournikova.