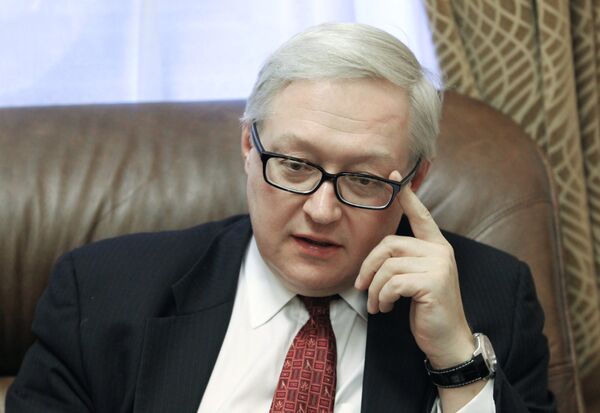 Western powers and Israel suspect Iran of seeking to build nuclear weapons. Iran denies this, saying its program is civilian in nature. Speculation has been building that Israel is considering a preemptive strike on Iran's nuclear facilities.

“We have verified data showing that there is no reliable evidence for the existence of a military component,” Ryabkov said.

“There is no proof of a military component in Iran’s nuclear program.”

It is essential to “clear all the remaining doubts through negotiations,” he said, adding that it was important for Iran to closely cooperate with the International Atomic Energy Agency (IAEA).

The IAEA said in a report released in early November that Iran continued nuclear weapons research and technology development after 2003, at a time when it declared a halt in its nuclear program. The report said that Iran had temporarily frozen nuclear activities, but that there was evidence the program continued to be carried out at a more modest pace.

Iranian officials slammed the report as a distortion of facts aimed at satisfying U.S. political interests.

IAEA chief Yukiya Amano has urged Iran to provide the requested clarifications regarding possible military dimensions to its nuclear program.