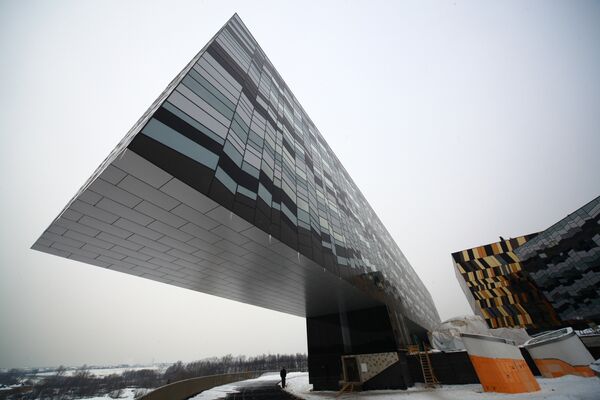 The Russian company Speereo, which is engaged in developing a voice translation system, has been the first startup to get joint financing. Under the new initiative, the company will get 1.5 million rubles ($50,000) from Microsoft and the same amount from Skolkovo. Speereo's voice translation systems will be used in mobile applications, on-board car computers and by call-centers.

Microsoft and Skolkovo started cooperation in November 2010, when Microsoft head Steve Ballmer announced the establishment of a joint development center during his visit to Moscow. Microsoft was one of the first large companies to announce plans to participate in the Skolkovo project.

The joint development center will help Microsoft maintain its organizational presence in the Skolkovo hub in the future, Vekselberg said.
Seen as a key part of President Dmitry Medvedev's drive to modernize Russia's commodity-dependent economy, Skolkovo is intended to be an ultra-modern science community for the development and commercialization of new technologies.

The hub, being set up just outside Moscow, will focus on research in five priority spheres: energy, information technology, communications, bio-medical research and nuclear technology.