Clerks selling alcohol to minors should go to jail - Medvedev 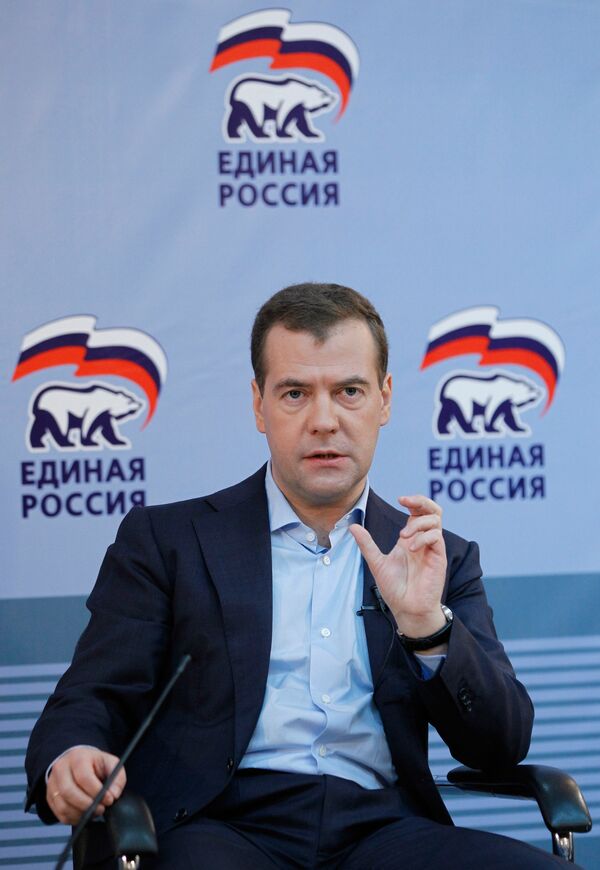 “We will discourage them if we put about 20 people in prison. They will then be afraid. That’s life,” Medvedev said at a meeting with a local branch of the ruling United Russia party in the Urals city of Barnaul.

Under current laws, teenagers over the age of 18 can buy alcoholic drinks.

Speaking about the problem of alcohol consumption in Russia on the whole, Medvedev said that the country must not return to the Soviet anti-alcohol campaign of the 1980s, which “resulted in nothing but damage.”

“The whole world drinks. But the question is how they drink and what the consequences are, and, unfortunately, here we [Russia] greatly differ from the rest of the world except for certain countries where this problem is also being tackled,” Medvedev said.

Mikhail Gorbachev was the last soviet leader to try to clamp down on alcohol consumption in the mid-1980s, as rampant alcoholism was already taking its toll on the Soviet Union’s economy and health system.

The campaign was dropped following a dramatic rise in the production of moonshine, or “samogon.” Some drinkers even resorted to medicinal spirits and aftershave in the face of shortages of legal booze.

Medvedev also said that the anti-alcohol fight in Russia should be rather at a regional level than at a federal one to make it effective.

“Each territory should determine for itself what exactly should be banned, what sales hours should be, where the sales must be and how [alcohol] should be sold. There are, of course, federal bans and they are in effect, but the rest are regional because each territory has its own specifics,” Medvedev said.

As a recent example of the regional anti-alcohol efforts, one of the districts in Siberia’s Tuva Region proposed on Tuesday banning all alcohol sales on its territory for the period of 2012-2014. The mostly Muslim Republic of Chechnya in Russia’s North Caucus only allows sales of alcohol between 8:00 and 10:00 a.m.

Alcohol consumption in Russia is more than double the critical level set by the World Health Organization (WHO). According to Russia's Public Chamber, some 500,000 people die annually from alcohol-related diseases.