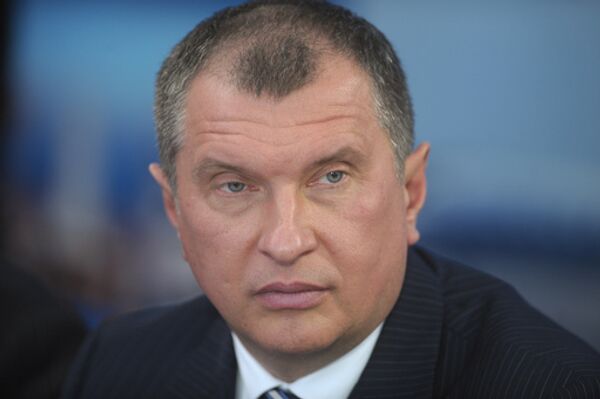 "The issue of higher deliveries to the Tianjin refinery as part of Rosneft's contribution is being negotiated," Sechin said.

The $4-5 billion refinery, in which Rosneft will hold 49 percent, will have a capacity of 200,000 barrels per day. It will be 70 percent fed with oil from East Siberia.

Sechin also said Russia is asking CNPC to include a petrochemical unit into the refinery to produce basic oils which could be exported.

He said that Russia and China had agreed to form the board of directors for the Tianjin refinery in the near future.