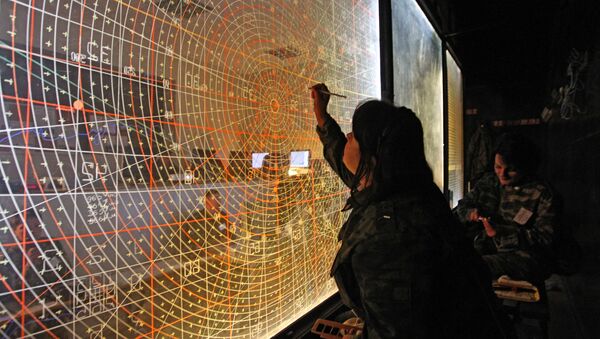 © Sputnik / Mikhail Fomichev
/
Go to the photo bank
Subscribe
Ukraine is ready to contribute to the creation of the European missile shield if the program is developed in cooperation with Russia, Ukrainian envoy to NATO Igor Dolgov said on Thursday.

Ukraine is ready to contribute to the creation of the European missile shield if the program is developed in cooperation with Russia, Ukrainian envoy to NATO Igor Dolgov said on Thursday.

“It is obvious that this project would be of a special interest for Ukraine if the NATO system is built together with Russia,” the Ukrainian Unian news agency quoted Dolgov as saying in Brussels.

“If a system is built that would cover parts of Europe on either side of Ukraine,” the diplomat added, “this is in our natural interest.”

Dolgov said there had been no full-fledged talks between NATO and Ukraine on the country’s participation in the project because the final configuration of the European missile shield “had not yet been defined.”

He said, however, that “information exchange” took place between Ukraine and the alliance, which was intended to acquaint NATO officials and member states with Ukraine’s opportunities in this sphere.

“It’s in our common interest to continue this information exchange, especially at subsequent stages,” when NATO clarifies its missile shield plans, Dolgov said.

NATO chief Anders Fogh Rasmussen said on Wednesday that the European missile defense system would become fully operational by 2018. The statement came as Spain announced its decision to contribute to the project by allowing four U.S. warships equipped with Aegis interceptor missiles to be deployed at the U.S. naval base in the southern port of Rota by 2013.

Besides Spain, Romania, Poland, the Netherlands and Turkey have agreed to host key components of the future missile defense network in their territories. Rasmussen said he would not be surprised if there will be "further announcements in the comings weeks and months as regards new inputs from other countries."

Russia strongly opposes the deployment of NATO missiles near its borders. The Russian Foreign Ministry warned on Tuesday that by refusing to provide legal guarantees that its missile shield would not be directed at Russia, NATO could miss the chance to “turn anti-missile defense from an area of confrontation into an area of cooperation.”