Berezovsky reveals secret of his influence on president Yeltsin 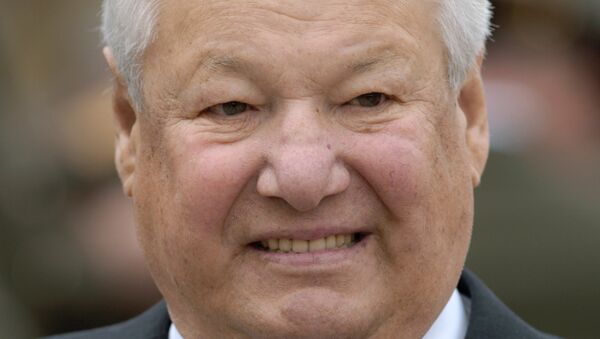 © Sputnik / Sergey Guneev
/
Go to the photo bank
Subscribe
Russian tycoon Boris Berezovsky told a British court on Thursday that he had become one of the most politically-influential oligarchs in Russia in 1990s thanks to his power of persuasion.

Russian tycoon Boris Berezovsky told a British court on Thursday that he had become one of the most politically-influential oligarchs in Russia in 1990s thanks to his power of persuasion.

Berezovsky, 65, started giving evidence at the Commercial Court in London in a trial against his fellow oligarch Roman Abramovich on allegations of breach of trust and breach of contract.

Berezovsky is seeking $5 billion in compensation for a number of assets he was forced to sell to Abramovich between 2000 and 2003.

In a cross-examination conducted by Abramovich’s experienced lawyer Jonathan Sumption on Thursday, Berezovsky, who lives in exile in London, defended his past and the legitimacy of acquisition of his stakes in Russian oil company Sibneft, in the aluminum group Rusal and the TV channel ORT.

Berezovsky denied applying pressure on the then Russian president, Boris Yeltsin, in order to build his business empire in the turbulent 1990s.

He said he had started a business “with no political influence,” but gradually became a “power broker” by establishing friendly relations with members of the Yeltsin family.

“My way is not to make pressure,” Berezovsky told the court. “My way is to persuade and to explain why it is important to do.”

“I am not corrupt. I did not corrupt anybody,” he insisted while refusing to reveal his income in Russia before he fell out with Russian political leaders.

The trial, which started on Monday, is expected to last for at least two months.

The British media has described the dispute between two Russian oligarchs as the legal battle of the year.