U.S. economy to benefit from Russia's accession to WTO - diplomat 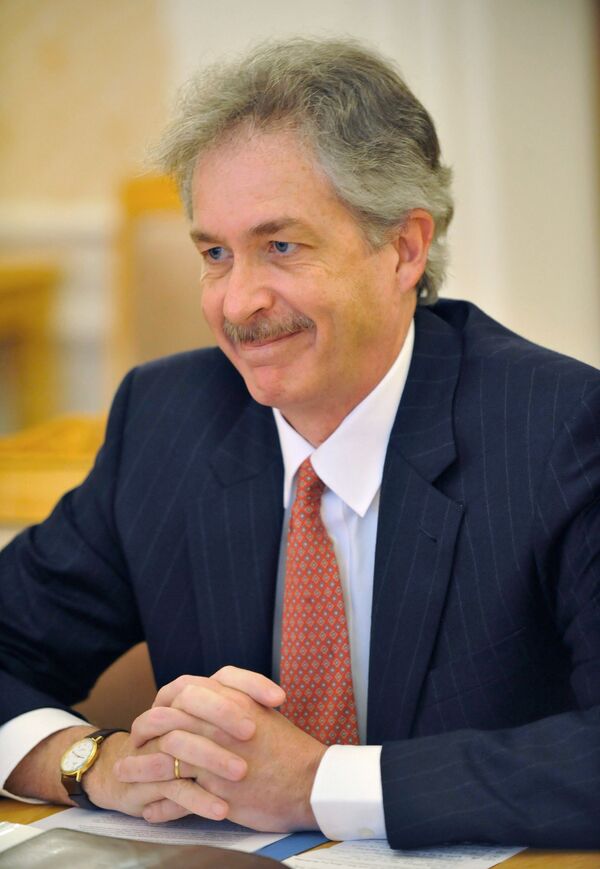 © RIA Novosti . Eduard Pesov
/
Go to the mediabank
Subscribe
International
India
Africa
The United States will benefit from Russia's accession to the World Trade Organization (WTO) as it would open new markets for American exporters.

The United States will benefit from Russia's accession to the World Trade Organization (WTO) as it would open new markets for American exporters, U.S. Deputy Secretary of State William Burns said.

"The simple fact is that Russia's accession matters to the U.S. economy. It will create new markets for American exporters in one of the world's fastest growing markets," Burns said at the 19th annual meeting of the U.S.-Russia Business Council in Chicago.

"If we want to meet President Obama's goal and double U.S. exports by 2015 -- if we want to put more Americans back to work -- then WTO membership for Russia must be a part of our strategy. By one independent estimate, Russia's WTO accession would allow U.S. exports to Russia to more than double (from $9 billion in 2008 to $19 billion annually)," he said.

Russia, the only large economy outside the global trade club, has been negotiating its entry into the 153-member WTO for 17 years.

Russia hopes to end the talks on its accession to WTO before the end of this year, if the matter is not politicized.

Two-thirds of votes of WTO members are sufficient for the admission of a new member. The next WTO ministerial conference will be held in December 2011.