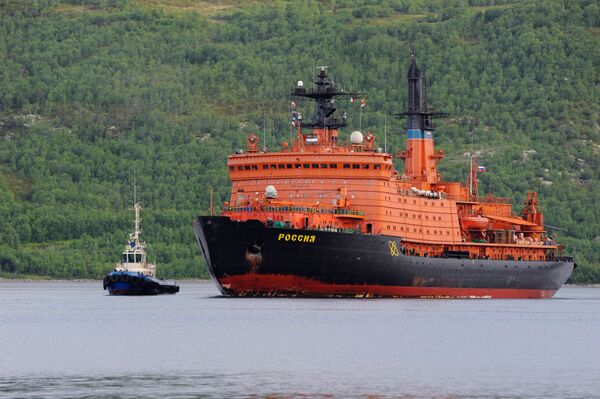 The Severny Polyus-39 (SP-39) floating station officially began its work after a ceremony to hoist the Russian flag on Saturday afternoon. The station has already sent its first weather report.

SP-39 has a crew of 16 specialists, including marine and ice scientists, hydrologists and meteorologists.

The station and its crew arrived to the region onboard the Rossiya nuclear-powered icebreaker. The station is currently located at 84 degrees North 150 degrees West.

Russian floating stations, which are usually in operation for around a year, are designed to conduct meteorological, ice and oceanographic observations, as well as environmental monitoring.

The stations also research the effects of climatic change on the Arctic and the impact on the region's ecosystems.

The first such station was launched in 1937. Before 1992, Russia continuously conducted Arctic research from drifting research stations, but was forced to interrupt the work due to economic reasons. It was not until April 2003, after a 12-year break, that the new North Pole 32 was organized, launching a new era in Russian Arctic exploration.