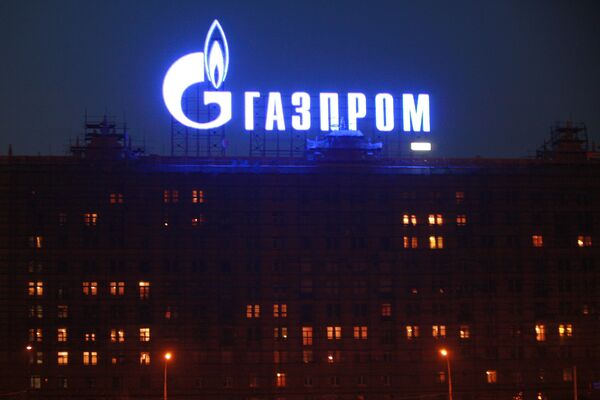 © RIA Novosti . Ruslan Krivobok
/
Go to the photo bank
Subscribe
Belarus and Gazprom are preparing a package of deals, including a new gas deal and the purchase contract for the remaining 50% of Belarusian pipeline company Beltransgaz, Gazprom head Alexei Miller said on Friday.

Belarus and Gazprom are preparing a package of deals, including a new gas deal and the purchase contract for the remaining 50% of Belarusian pipeline company Beltransgaz, Gazprom head Alexei Miller said on Friday.

Belarusian gas pipeline operator Beltransgaz is owned on a parity basis by Gazprom and the government of Belarus.

Russian Prime Minister Vladimir Putin said this summer that Russia would introduce “an integrative decrease adjustment into the gas pricing formula” for Belarus from 2012, but added that it should be accompanied by Gazprom's acquisition of the Belarusian government’s 50% stake in Beltransgaz.

"Today we are preparing a serious package of deals: a new contract to supply gas to Belarus from January 1, 2012, supported by an intergovernmental agreement on the gas pricing formula; and a purchase contract for 50% of Beltransgaz,” Miller said at a meeting with Belarusian President Alexander Lukashenko.

The gas pricing formula is a major concern for Belarus, which currently buys Russian gas for $286 per 1,000 cubic meters. The Belarusian government pins hope on a reduction in gas prices.

The Belarusian leader invited Gazprom to take part in the privatization of other Belarusian enterprises.

"Of course, I would like to discuss our future cooperation, including Beltransgaz share purchase and, possibly, [the acquisition of] other Belarusian companies in which Gazprom is interested in, if Gazprom agrees to the conditions proposed by the Belarusian side,” Lukashenko said.

“We have negotiated possible ways to boost to our cooperation with Gazprom, and some interesting projects have emerged. I’m ready to discuss them,” he added.

Gazprom's four-year contract with Belarus expires on December 31. A new agreement is expected to be based on a market price formula.