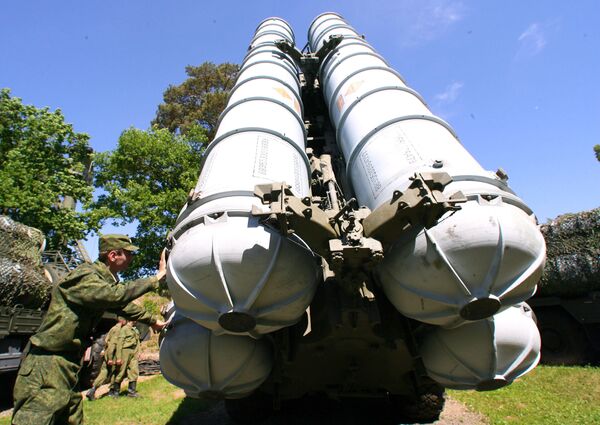 A group of Syrian observers is attending live firing drills during Combat Commonwealth air defense exercises carried out by CIS countries at the Ashuluk firing range in the Astrakhan Region near the Caspian Sea.

"Syria and some other countries are interested in long-range S-300 Favorit systems, medium-range Buk and short-range Tor," the source said. "Syrian experts want to make sure that these systems are indeed modern, powerful and effective weapons."

Russia earlier announced it would honor a 2007 contract on the delivery of several Bastion anti-ship missile systems armed with Yakhont (SS-N-26) supersonic cruise missiles to Syria, despite efforts by Israel and the United States to stop the deal.

"We hope that the current political crisis in Syria will not affect the sales of Russian weaponry to that country," the source said. "The Syrian side has so far confirmed that it is ready to honor all existing contracts with Russia."

Russian experts believe that the expansion of arms exports to Syria could largely compensate for the loss of lucrative arms deals with Iran and Libya after a UN ban on arms sales to Tehran and the fall of Muammar Gaddafi's regime.