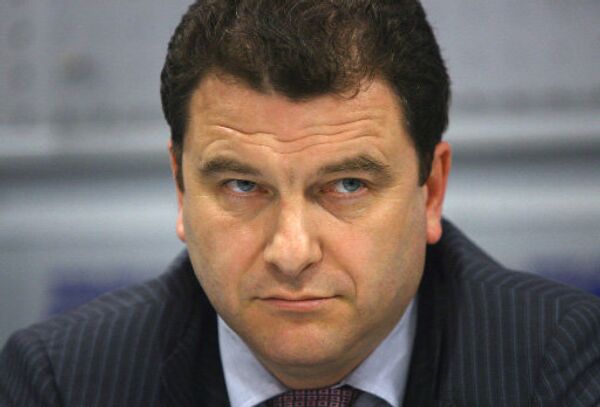 Russia's annual defense order was seriously delayed by price disputes between the ministry and defense sector companies to a point when President Dmitry Medvedev and then Prime Minister Vladimir Putin had to step in and press for contracts to be signed until the end of last month.

"Until 2020 Russian Helicopters will supply the Defense Ministry with 140 helicopters worth at least 120 billion rubles [$4 billion]," Reus said.

He also said that Russian Helicopters had earmarked $200-250 million for research, mainly the development of such helicopters as Mi-38, Ka-62, Mi-34S1, and for upgrading Mi-17.

Reus said the helicopter plant in Arsenyev had also received over 3 billion rubles ($100 million). "We plan to invest another six billion soon [$200 million]," he said.

The Oboronprom chief also said the holding's position would hardly suffer any serious losses over the ceased arms trade with Libya where a new government has seized power.

"The lost profit may amount to zero, we have enough commitments until 2020," Reus said.

Western media reports quoted experts as saying this week that Russian companies stood to lose almost 7 million euros ($10 million) due to the change of government in Libya. The experts said the new Libyan government would most likely look to NATO for future weapons supplies after the organization helped them to overthrow long-time leader Muammar Gaddafi.