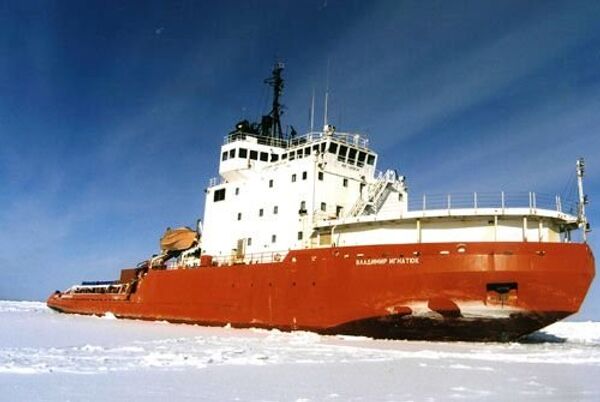 A one-year contract on the use of the Vladimir Ignatyuk diesel icebreaker stipulates that the vessel will maintain an open water canal in the ice floe covering the McMurdo Bay to ensure timely deliveries of cargoes, especially fuel, to the McMurdo Station and the Amundsen-Scott South Pole Station.

The United States asked Russia for assistance after Sweden had announced that its Oden icebreaker could no longer render services for U.S. scientists.

The U.S. Antarctic Program, which coordinates research and the operational support for research in the Antarctic, operates three permanent polar stations in the region - McMurdo Station, Amundsen-Scott South Pole Station, and Palmer Station.

The former two rely heavily on timely supplies of about 19,000 metric tons of oil per year in order to keep the pace of their research programs.

U.S. authorities have expressed hope that they could employ the Russian icebreaker until 2014 when the U.S. Polar Star icebreaker returns to service after a long overhaul.

Icebreaker Vladimir Ignatyuk (formerly Arctic Kalvik) was built in 1982 at the Victoria Yard in Canada.

The vessel was sold to Russia's Murmansk Shipping Co. in 2003 and has experience working in the Antarctic in support of the Indian polar research program.