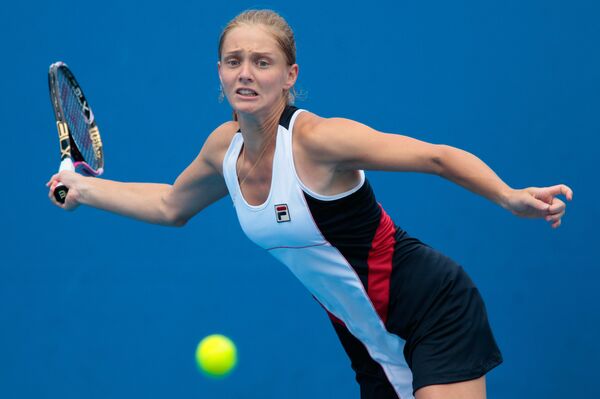 Russia's Anna Chakvetadze has pulled out of the U.S. Open due to an ankle injury, her father told RIA Novosti on Tuesday.

Russia's Anna Chakvetadze has pulled out of the U.S. Open due to an ankle injury, her father told RIA Novosti on Tuesday.

Chakvetadze, who has slumped from a career high ranking of 5th in 2007 to 125th this year, sustained the injury in training last week, Dzhamal Chakvetadze said.

"Maybe in a week Anya will be able to play. But there's no point whatsoever in going to the U.S. Open out of shape, as a tourist," he said.

The U.S. Open, the final grand slam of the year, begins August 29 in New York.

Chakvetadze had just recovered from bursitis, an inflammatory condition linked to repetitive stress that kept her out of a WTA Tour event in Baku, and was showing promising form in training, her father said.

Chakvetadze's compatriot Alisa Kleybanova will also miss this year's event following her announcement that she is receiving treatment for Hodgkin's lymphoma, and former world No. 1 Dinara Safina continues to recover from a back injury that saw her miss the French Open and Wimbledon.

World No. 3 Vera Zvonareva and No.5 Maria Sharapova, who knocked Chakevtadze out in the first round at Wimbledon, lead the Russian challenge in New York.