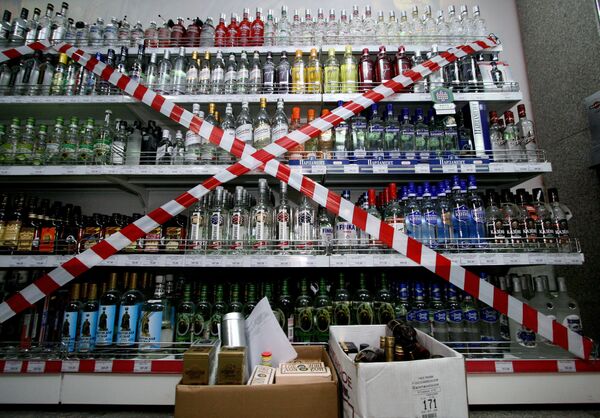 Under current law, teenagers can buy cigarettes and alcoholic drinks after the age of 18. Control over sales of alcohol and tobacco has been seriously toughened over the last years in Russia with salesmen in many shops asking youngsters to show their passports when trying to buy these goods.

"We want to give rise to public discussion on this issue, including one in the social networks. Experts and public organizations should also jump in," Prokopenko said.

If Russians take the proposal positively, it will be added to the program with which United Russia will go to the parliamentary elections to be held this December.

Experts have split over the initiative and expressed controversial opinions varying from approval to confusion.

Yevgeny Fedorov, Chairman of the State Duma Committee on Economic Policy and Entrepreneurship, backed the proposal and called it "absolutely relevant." He emphasized that a program aimed to curtail the consumption of alcoholic drinks is underway in the country. "Restraints on the access to it and production supervision - these are the main points."

However, Oleg Zykov, member of the national Public Chamber and chairman of a charity fund tackling alcoholism and drug abuse criticized the proposal: "It's at least strange to draft young men to serve at the age of 18, and expect that they would defend our Motherland with deadly force, but treat them as children in terms of alcohol." Only a complex of valued measures could solve the problem, he added.