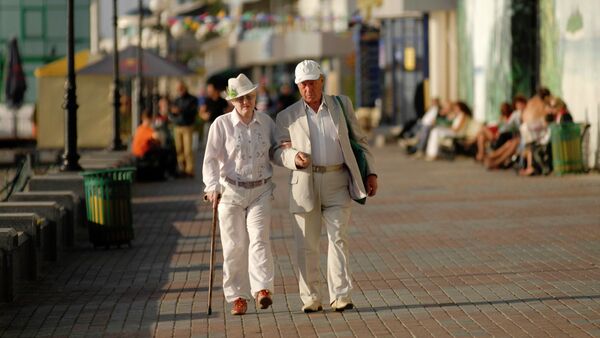 "I think that we will eventually have to deal with the increase in retirement age," Shatalov in an interview with Echo Moskvy radio on Tuesday.

"We will not do it immediately, but rather gradually, step-by-step, adding half a year or even one-third of a year annually so that in 15 years we will hit the 65-year mark," he said.

According to Shatalov, it will be a difficult process, and people should adapt to this idea, "get into the right mind set."

The issue of increasing the retirement age, first raised a decade ago, has been increasingly discussed in the country during the past few years.

About 2 percent of Russia's GDP has been spent on tackling the increasing budget deficit of Russia's Pension Fund, and advocates of an increase in the retirement age say it would help lower the figure and raise the average monthly pension allowance by about 30 percent.

However, given that the average life expectancy for Russian men is about 63 years, raising the retirement age would mean that many of them would just receive their pension for a few years or not live to receive it.

Russian Prime Minister Vladimir Putin said in May that Russia will not need to consider raising the retirement age until at least 2015.