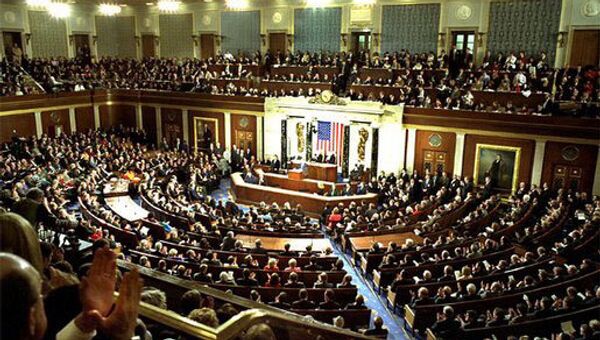 © http://www.knowledgerush.com
Subscribe
The U.S. Congress is likely to approve an increase in the country's debt ceiling, as it has many times done before, analysts said on Thursday.

The U.S. Congress is likely to approve an increase in the country's debt ceiling, as it has many times done before, analysts said on Thursday.

President Obama and the Republicans have so far been unable to strike a deal that would raise the $14.3 trillion debt ceiling before the country runs out of money to cover all its bills on August 2.

But on Tuesday, Obama said that he and the so-called Gang of Six congressmen had agreed to cut state spending in exchange for pushing the debt ceiling up.

Analysts said they were sure that the Congress would agree to an increase as it has done 10 times in the last 10 years or about 50 times in the whole of U.S. history.

Troika Dialog analyst Alexander Ovchinnikov said the world was exaggerating the U.S. debt problem, particulary in the light of the economic problems in the Eurozone.

"We are still in for lots of interesting news on the subject but the end to the debate is known - both Republicans and Democrats have many times shown that they are reasonable enough to come to an agreement even in a pre-election year," he said, referring to the 2012 presidential elections.

"And now they cannot forget about the shadow of China that is constantly lurking behind."

China, the U.S.' largest creditor with a $1.6 trillion holding of Treasuries, reiterated on Wednesday it hoped that the U.S. would take a responsible decision in managing its debt and boost market confidence in the dollar.

China and the U.S. trade heavily, and Washington wants Beijing to appreciate the yuan, which critics claim is artificially weak against the dollar and gives Chinese exporters an unfair advantage.

Anna Bodrova, an Investcafe analyst, said she expected the limit to be widened by $1.5 trillion - about the same size as U.S. budget deficit - so that the U.S. does not have to return to discussing the issue in a year or two, shaking global markets.

"There is every reason to expect that the ceiling will be raised," she said.