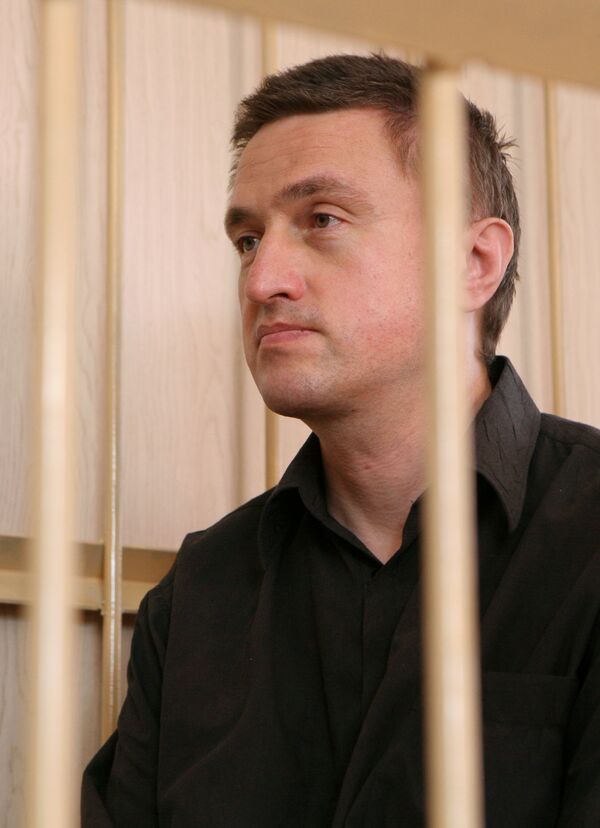 Rudnev, 43, was arrested near Novosibirsk in September 2010. He is charged with rape, sexual assault, illicit drug trafficking and organizing an association infringing upon people's personality and rights. He says he is not guilty.

Prosecutors said the sect, Ashram Shambala, was based on Rudnev's "teachings" formulated in his book entitled The Way of a Fool that mocked the traditional ideas of having a family, bearing children, studying and working, but lauded blind submission to the desires of the "guru" leading them to a "bright future."

Rudnev's Moscow-based lawyer Alexander Nizhinsky told journalists that his client does not admit any of the charges. He also said investigators failed to prove Rudnev's guilt.

A court spokesman said the process is being held behind closed doors because of the rape charge against the defendant.

Law enforcement agencies tried to bring Rudnev to account in 1999, 2004 and 2008, but criminal cases failed to reach the court because sect members refused to testify against their "spiritual guide" saying they joined the organization of their own will.

In 1999 the sect reportedly had several regional branches across Russia and about 10,000 adepts. The current number of its members is unknown.