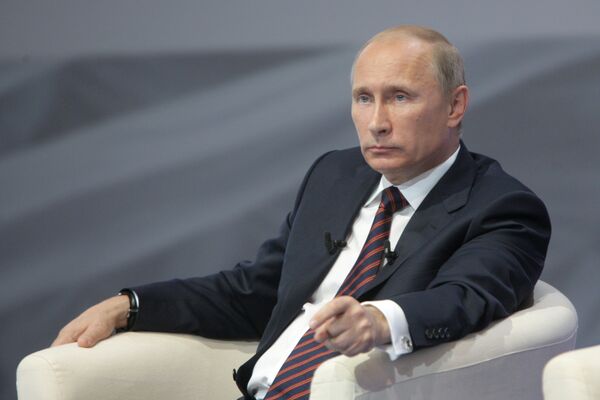 The organization said its plans to give Putin the Quadriga Award as a "role model for enlightenment, dedication and the public good" had come under massive attack in the media and the political community.

Putin was to be honored for his contribution to Russia's "stability through the interaction between prosperity, economics and identity," as well as to the reliability of German-Russian ties.

But many German public figures have protested the plan, saying his human rights record made him an unacceptable candidate.

The prize, a small statue of the quadriga - a chariot pulled by four horses - on top of the Brandenburg Gate in Berlin, was to have been bestowed upon the Russian prime minister October 3, the Day of German Unity.

Several Quadriga board members, including Cem Ozdemir, a co-chair of the German opposition Green party, Wikipedia founder Jimmy Wales and history professor Edgar Wolfrum, withdrew from the board in protest against the decision.

Ozdemir said there were "differences" between him and other board members in the evaluation of Putin's contribution to "democracy" and the rule of law, while Wolfrum described the decision as "scandalous."

There are 20 people on the Quadriga board, including German Secretary of State Wolf-Ruthart Born, Transport Minister Peter Ramsauer, as well as Serbian President Boris Tadic and other public figures.

Former Soviet leader Mikhail Gorbachev and former Czech president Vaclav Havel have won the award in the past.