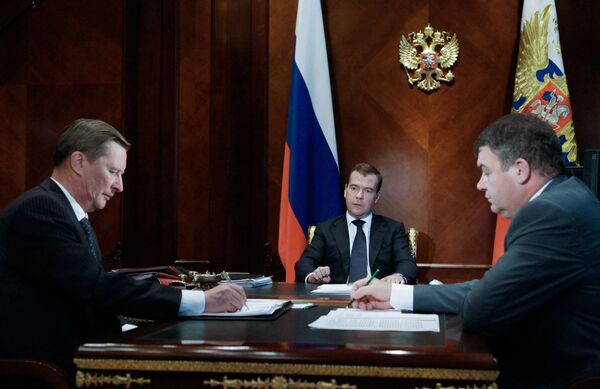 "You must purchase only high quality hardware at transparent prices, not for the prices appealing to some companies," Medvedev said at a meeting with Deputy Prime Minister Sergei Ivanov and Defense Minister Anatoly Serdyukov.

The president called on the Defense Ministry to scrutinize every contract to make it as transparent as possible. "You must be aware of what it all consists of," he said.

Medvedev also urged Serdyukov to speed up the signing of military contracts.

Earlier this year the Defense Ministry said it had failed to conclude contracts worth around 108 billion rubles ($3.85 bln) or 18 percent of the overall 2011 state defense procurement budget, due to soaring prices for military products.

Serdyukov said in July that the Defense Ministry is ready to pay 100 percent in advance to enterprises producing weapons and military hardware for the armed forces.

He also said his ministry is ready to buy military products from local manufacturers at a 25 percent-plus profit to them, following Prime Minister Vladimir Putin's statement in May that defense industry enterprises' profitability should not be less than 15 percent.