Russia cuts off electricity supply to Belarus over debt 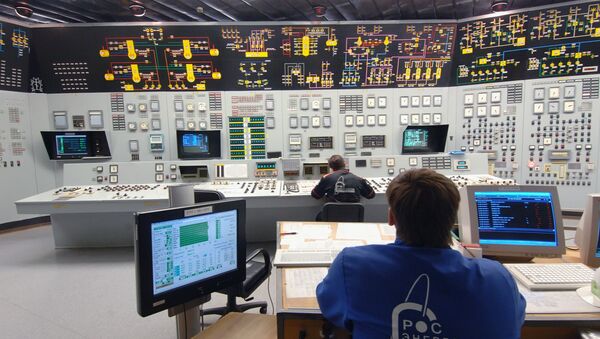 Russia has prolonged until Tuesday evening the deadline for Belarus to pay off its electricity debt for April and May, threatening to cut off supplies if it does not, but no payment has been made.

"As of 10.00 p.m. Moscow time (18:00 GMT) no payment for electricity was made...We confirm that from June 29, at 00:00 Moscow time (June 28, 20:00 GMT) we completely cut electricity supplies to Belarus. We are waiting for Belarus to make the next payment in the next few days," an Inter RAO official told RIA Novosti.

Inter RAO halved electricity supplies to Belarus on June 9 as a warning and then threatened to cut off exports on June 22 as Belarus's utility Belenergo continued to run up debts amid an economic crisis in the former Soviet republic.

Inter RAO said on June 21 it had delayed cutting off power supplies until June 27 after negotiations, and later extended the deadline until midnight June 29.

Belarus meets about 10 percent of its electricity needs through Inter RAO supplies.

The Belarusian electricity debt occurred because of the currency crisis which is hampering all transactions with foreign partners. Belarus says it has enough domestic currency. The problem is converting it into hard-to-find international currency.

Russian Deputy Prime Minister Igor Sechin said on June 28 that the Belarus electricity supply cuts were not politically motivated and simply reflected the interaction between two companies on a corporate level.