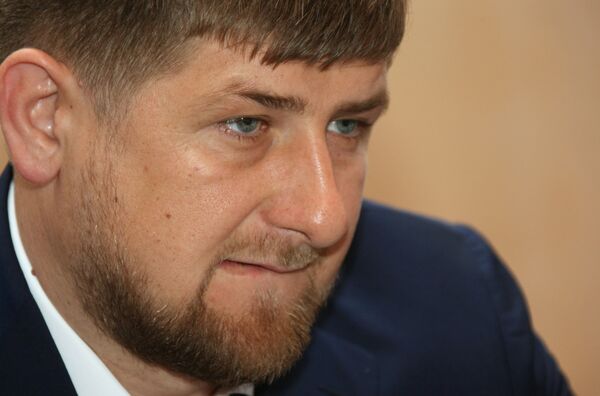 © RIA Novosti . Vladimir Fedorenko
/
Go to the photo bank
Subscribe
Chechen leader Ramzan Kadyrov criticized on Wednesday judges in the southern Russian republic for being soft on "terrorists and murderers."

Chechen leader Ramzan Kadyrov criticized on Wednesday judges in the southern Russian republic for being soft on "terrorists and murderers."

"At the moment, we have a few criminal cases that are not being carried through to their logical conclusion," Kadyrov said at a meeting with judges in Grozny, Chechnya's capital. "Bandits, terrorists and murderers are being released from court rooms because of the unscrupulousness of our investigators and judges."

Kadyrov referred to the recent case of the Magomadov brothers accused of killing four policemen, questioning why the men were not charged with terrorism. The case was tried by a jury, which acquitted the brothers.

"There is proof of their crime, but they were set free. It is necessary to arrest them again and review the case taking into consideration every piece of evidence available," Kadyrov said.

Kadyrov demanded that the judges "change their attitude to work."

"I bear responsibility for the security of every Chechen, and those who fail to prosecute terrorists and bandits violate the law themselves," he said. "It is unacceptable when selfish interests influence the decisions made by judges."

Kadyrov, 34, was inaugurated for his second term as the leader of the volatile North Caucus republic in April. He pledged to safeguard people's wealth, strengthening of human rights and justice in Chechen society.