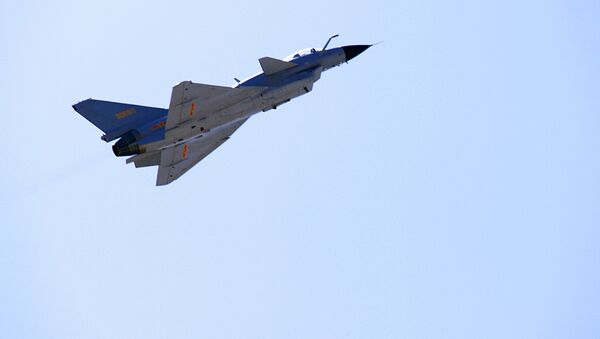 China carried out its first test-flight of a fifth-generation stealth fighter in January.

"It was more a demonstration than a real program," Mikhail Pogosyan, head of United Aircraft Corporation, said.

The Chinese aircraft industry is developing successfully but it lacks what is required for a breakthrough, he said.

"There will be no breakthroughs here. Great scale and great experience are needed to carry out such programs," Pogosyan said.

Russia is testing its own fifth-generation aircraft T-50 PAK FA developed by the Sukhoi design bureau. The aircraft is expected to become operational in 2015.

China's prototype Black Silk J-20 stealth fighter is thought to be similar to the U.S. F-22 Raptor and the Russo-Indian T-50 jets, although imagery and video footage appearing on the internet suggested the Chinese model is larger. This means it could be capable of flying a longer range and carrying a heavier load.

China has been working on a future fighter program since the mid-1990s, and the J-20 is notionally anticipated to enter service around 2018-2020.