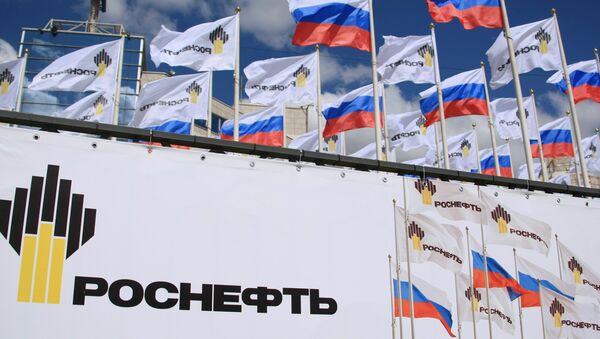 The source said the state-run firm "was exiting the BP deal because of the unacceptable terms put forward by AAR", the consortium representing BP's partners in its local venture TNK-BP.

BP and Rosneft wanted to buy AAR's share in TNK-BP for $32 billion but had failed to do so before the deadline to finalize the BP-Rosneft deal expired on Tuesday, Kommersant quoted the source as saying.

In January, Rosneft and BP agreed on a share swap in which Rosneft was to exchange 9.5 percent of its stock for 5 percent in BP. The deal, supported by Deputy Prime Minister Igor Sechin, also included plans to jointly develop oil production in the Russian Arctic.

The deal was blocked by a court injunction following legal action by AAR, which said the BP-AAR shareholder agreement obliged BP to ask for TNK-BP's approval before BP could get involved in any Russian project.

Energy Minister Sergei Shmatko also said late on Tuesday that Rosneft would be looking for a new partner and that the failed deal did not harm Rosneft or Russia.

"It is very important for us that we get access to most modern technologies for shelf development," he told a news conference. He also said Rosneft would soon publish its Arctic development program.

Shmatko said cooperation between Rosneft and BP could continue, however.