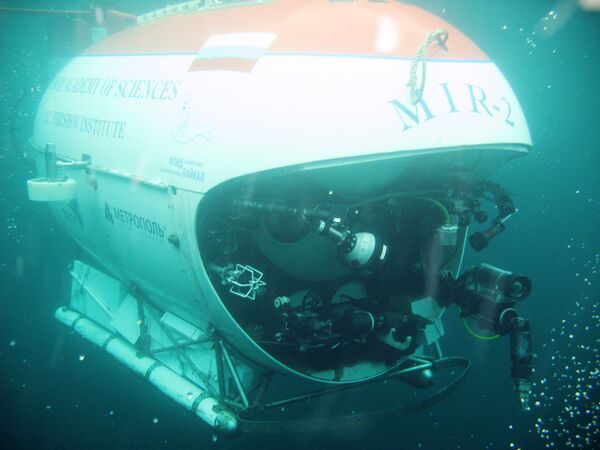 Russia's Mir submersibles will be transported to Lake Geneva and start exploring it in early June, a Russian marine scientist said.

"On Tuesday specialists will fix the mini-subs in cargo trucks, and, as soon as customs procedures are completed, the Mir submersibles will head to their research destination. We expect them to arrive by May 25," said Vyacheslav Kushnikov, a leading scientist with the Shirshov Institute of Oceanology, which owns the mini-submarines.

A team of some 20 Russian scientists, led by prominent researcher and Hero of Russia Anatoly Sagalevich, plans to make first dives in early June. The mini-subs will dive to the depth of some 300 meters in the lake's poorly explored area on the border between Switzerland and France.

The Mir-1 and Mir-2 deep-sea mini-subs, known for filming the Titanic wreckage for James Cameron's eponymous movie, are two of the world's seven submersibles that can dive to a maximum depth of 6,000 metres.

In 2008-2010, the mini-subs explored Russia's Lake Baikal and studied its flora and fauna, hydrothermal and volcanic activity, and sought more precise data on tectonic processes under the world's deepest lake.

They were also asked by British Petroleum (BP)'s top management to assist in tackling the oil spill in the Gulf of Mexico, but owners rejected the request, saying the mini-subs had a busy schedule.