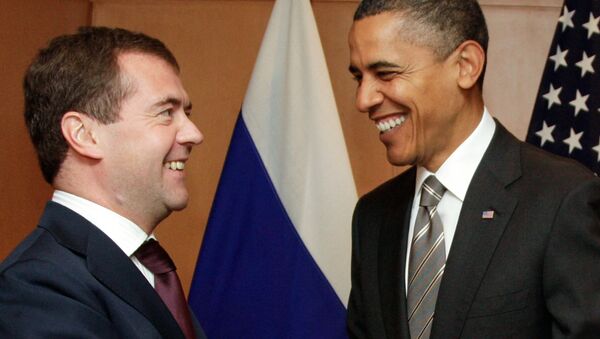 The summit will take place in Deauville, France.

Rogozin said Russia needed "credible guarantees" that a U.S. missile defense system in Europe would not be directed against it.

He said there was "no rush."

"We are ready to wait," Rogozin said.

Russian Deputy Foreign Minister Sergei Ryabkov said earlier on Monday Moscow was concerned by the United States' refusal to provide legally binding guarantees that its European missile defense system will not be directed against Russia.

"The Americans are insisting on the importance of launching practical cooperation without any preconditions," he said, adding that Russia "cannot start cooperation on specific projects without legal guarantees that a future system will not be directed against our security interests."

Moscow reserves the right to pull out of the new START Treaty, he warned.

"The new START Treaty may become hostage to the U.S. approach," the official said.

"The qualitative and quantitative buildup of the U.S. missile defense system, which will jeopardize Russia's strategic nuclear capability, can be regarded as an exceptional event under Article 14 of the said Treaty whereby Russia has the right to withdraw from this agreement," Ryabkov said.