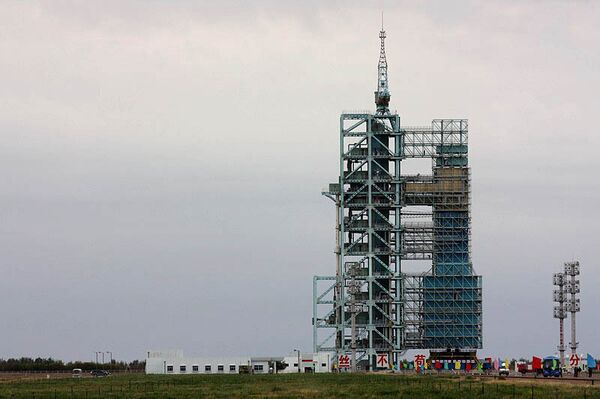 Chinese space officials have confirmed plans to build a 60-ton space station by 2020 and develop a space freighter for hauling supplies to the station, the China Daily newspaper said on Tuesday.

The China Manned Space Engineering Office unveiled on Monday a blueprint of the future orbital station, which will comprise an 18.1-meter core module and two 14.4-meter lab modules.

"The 60-ton space station is rather small compared to the International Space Station (419 tons), and Russia's Mir Space Station (137 tons), which served between 1996 and 2001," China Daily quoted Pang Zhihao, a space researcher and deputy editor-in-chief of the Space International magazine.

"But it is the world's third multi-module space station, which usually demands much more complicated technology than a single-module space lab," the researcher said.

China's ambitious space program enjoyed a sound success in the past decade, including putting a human into orbit and launching a lunar probe.

In preparation for the construction of the orbital station, Beijing is planning to launch the space module Tiangong-1 and the Shenzhou 8 spacecraft in the second half of this year on the first unmanned rendezvous and docking mission.

Shenzhou 9 and Shenzhou 10 spacecraft are expected to dock with Tiangong-1 in 2012.