Putin, Medvedev may both run for president in 2012 - PM 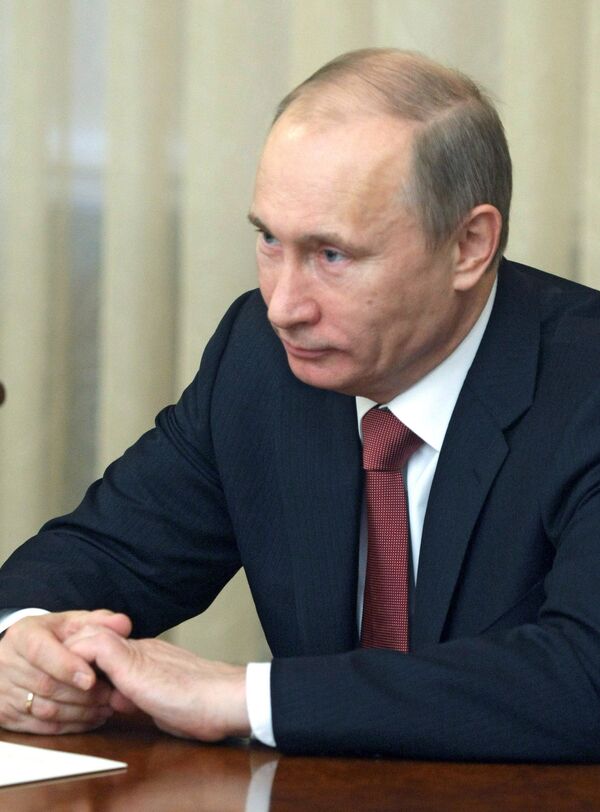 Russian Prime Minister Vladimir Putin said on Wednesday that he and President Dmitry Medvedev do not exclude the possibility of joining the presidential race in 2012.

Russian Prime Minister Vladimir Putin said on Wednesday that he and President Dmitry Medvedev do not exclude the possibility of joining the presidential race in 2012.

There has been vast speculation about Putin and Medvedev's plans for 2012. Medvedev, an ally of Putin, was put forward as a presidential candidate in 2008 because Putin could not run for a third consecutive presidential term. The situation has changed and the two allies might end up in a face-off at the elections.

"Neither me nor Dmitry... have ruled this out that each of us could be a candidate in the race," Putin told reporters. "We will proceed from the real situation closer to the elections."

He said the decision would have to be made at some point but it was too early now.

"If we make any erroneous indications now, half of the administration and over a half of the government would stop working in anticipation of some kind of changes," the premier said.

"Everyone must sit at his desk day in and day out and 'hoe their field' like St. Francis," Putin said. "We have 143 million people in our country, and cannot afford any disruptions."

He said this was his piece of mind and he wanted to pass it to his colleagues in the government.