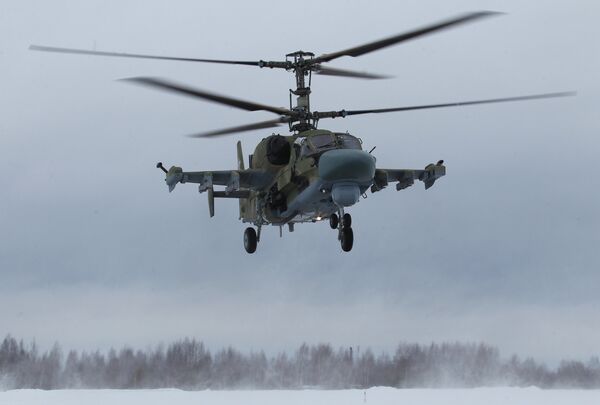 More than 300 types of weaponry are being showcased by Russia at the Latin America Aero and Defense 2011 (LAAD-2011) arms show in Rio de Janeiro on April 12-15.

"The arms market of Latin America is expansive and promising. Brazil holds a leading position among our partners in terms of its potential for the acquisition of [Russian] military hardware and equipment," said Sergei Goreslavsky, the head of marketing at Russian Technologies State Corporation, who leads the Russian delegation at the LAAD-2011.

In addition to the wide array of combat aircraft and helicopters, including the Sukhoi Su-35 and Su-30MK2 multirole fighters and Ka-52 Hokum B attack helicopters, Russia will focus on marketing its highly-acclaimed air defense systems, such as S-400, Tor-M2E, Buk-M2E, Tunguska-M1, Pantsyr-S1, and Igla-S.

"Modern warfare, as the recent events in Northern Africa confirmed, is conducted mainly from the air," Goreslavsky said. "That's why the purchase of advanced air defense systems offered by Russia becomes a serious consideration."

"We are hoping to gain some ground in this direction," the official added.

Russia, the world's second largest arms exporter after the United States, sold $8.6 billion worth of weaponry last year and is looking to increase its arms sales to almost $10 bln in 2011.