Sales of cars and LCVs in Russia up 77% 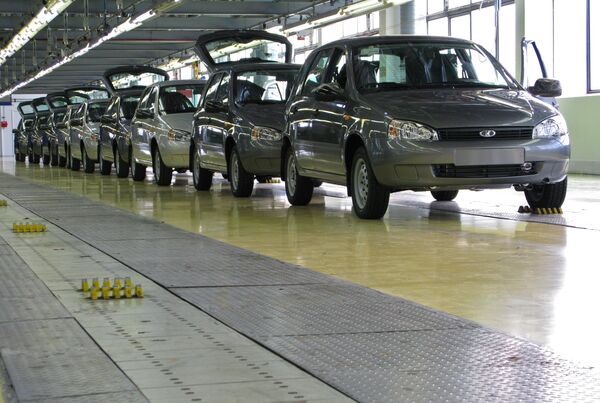 © RIA Novosti . Alexei Babushkin
/
Go to the photo bank
Subscribe
Sales of cars and light commercial vehicles in Russia jumped 77% year-on-year in the first quarter of 2011 to 517,304 cars, the Association of European Businesses said on Friday.

Sales of cars and light commercial vehicles in Russia jumped 77% year-on-year in the first quarter of 2011 to 517,304 cars, the Association of European Businesses said on Friday.

"The rapid rebound in the Russian market continued in March. Looking forward, the year-on-year increases will lessen, reflecting the inclusion of scrappage sales in the corresponding base period for 2010, but provided that oil prices remain high and the economic recovery continues, we remain confident for the balance of the year and 2012," Mark Ovenden, Deputy Chairman of the AEB Automobile Manufacturers Committee, said in a statement.

According to AEB forecasts, sales of cars and LCVs will this year hit 2.24 million vehicles, while in 2012 the Russian car market is expected to reach its pre-crisis level of 2.8-2.9 million cars.

"A very impressive growth for the month of March and the first quarter of 77%. This puts down a strong foundation for growth in the rest of 2011 and for the development of the Russian car market back towards its pre-crisis level. The official AEB Consensus forecast for the full year remained at 2.24 million in March but we will review with our members during April and I expect that our official forecast will then increase," David Thomas, chairman of the AEB AMC, said.