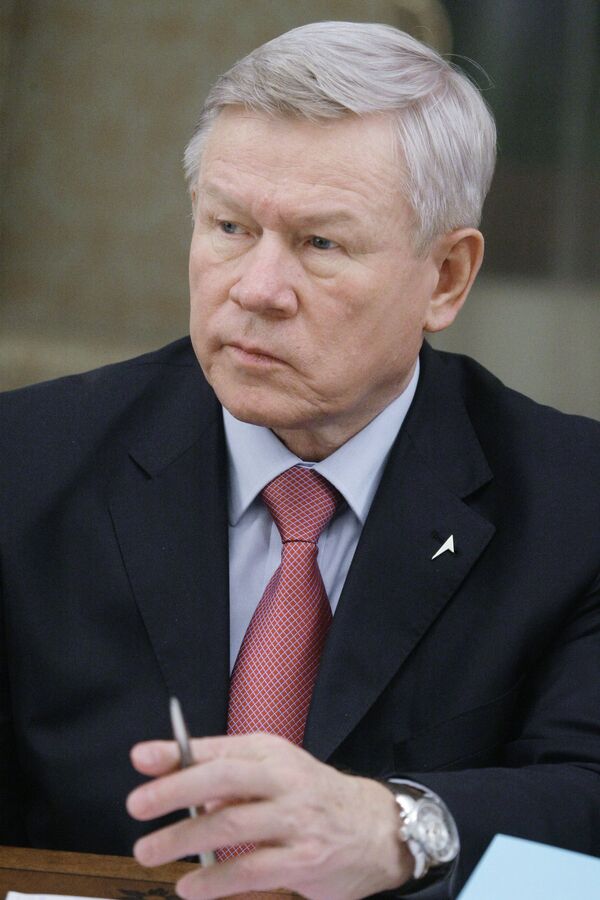 "Anatoly Nikolevich Perminov is 66; under Russian law, state officials are not allowed to serve after this age," Ivanov told Russian journalists in Washington.

Ivanov did not name the exact date of Perminov's resignation, but hinted that it would probably be late April, after Russia's celebrations for the 50th anniversary of the first manned space flight on April 12.

NASA chief Charles Bolden is expected to visit Russia for the event and to take part in a Russian-U.S. working group on space cooperation. Perminov is expected to meet Bolden and attend the meeting.

In mid-March, a space industry source told RIA Novosti that a decision would be made on Perminov's resignation before April 12. The source said the Russian leadership had been angered by the delay of the launch of the Soyuz TMA-21 space shuttle, originally planned for March 31.

The rocket, named Gagarin to commemorate Yury Gagarin's historic space flight in 1961, blasted off for the International Space Station on Tuesday after the technical difficulties that caused the delay were resolved.

Rumors of Perminov's resignation first emerged in December following the loss of three Glonass-M satellites, meant to complete the formation of an important Russian navigation system, similar to the U.S.-made Global Positioning System.

Perminov was reprimanded for not enforcing all the necessary pre-launch safety procedures and failing to spot the mistake in calculations that led to the carrier rocket veering off course and crashing into the Pacific Ocean.

Perminov told reporters in March that he was ready to give up his post when the time came.