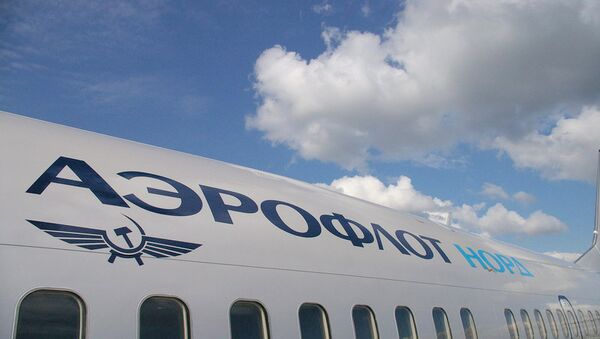 Nordavia's total worth was valued at $207 million, of which $200 million is the company's debt. After the deal is over, Aeroflot wants to deconsolidate the airline's debt from its balance sheet, the paper said.

"This amount ($7 million) is the cost of the company's equity capital, which Aeroflot will receive in cash, while the rest is Nordavia's debt," a source familiar with the deal told the paper.

Norilsk Nickel declined to comment while a Kommersant source in the company confirmed that the deal had entered "a final stage."

Nordavia's debt under Russian Accounting Standards amounted to just about $60 million in 2009. However, Aeroflot included the airline's discounted liabilities for the aircraft operational lease, i.e. all future aircraft lease payments, in the total of the debt, an Aeroflot top manager told the paper.

"Other companies normally do not include these amounts in the debt but Aeroflot takes these into account," he said.

Aeroflot expects to boost its financial result by about $60 million in 2011 from the exclusion of the regional airline's cumulative debt, the paper said.

Aeroflot has decided to sell Nordavia as in 2011 it will get the aviation assets of state-owned hi-tech conglomerate Russian Technologies, including Rossiya Airlines, which also operates in the northwest of the country.

Norilsk Nickel was the sole bidder for Nordavia. Norilsk Nickel has never disclosed its strategy in respect to Nordavia but experts say the metals giant would like to merge it with its own air company, Taimyr Airlines. A merged company may become one of Russian top 10 airlines, the paper said.